The new rule is the latest in a wave of stricter policies that tech companies are rolling out to confront an outbreak of virus-related misinformation on their sites. Facebook and Google, which owns YouTube, have already put similar systems in place.

WASHINGTON - Twitter will not allow the National Archives and Records Administration to house archived versions of former President Donald Trump’s tweets on its social media platform, the company said.

Twitter said Thursday that the company has been working with the National Archives on the preservation of tweets from Trump’s personal account, @realDonaldTrump, "as is standard with any administration transition and as we’ve done previously."

This includes tweets from Trump that led to his permanent suspension earlier this year, just days after the deadly U.S. Capitol riot. On Jan. 8, Twitter permanently removed the @realDonaldTrump account after a review, citing "the risk of further incitement of violence."

"Given that we permanently suspended @realDonaldTrump, the content from the account will not appear on Twitter as it did previously or as archived administration accounts do currently, regardless of how NARA decides to display the data it has preserved," a Twitter spokesperson said in a statement. "Administration accounts that are archived on the service are accounts that were not in violation of the Twitter rules." 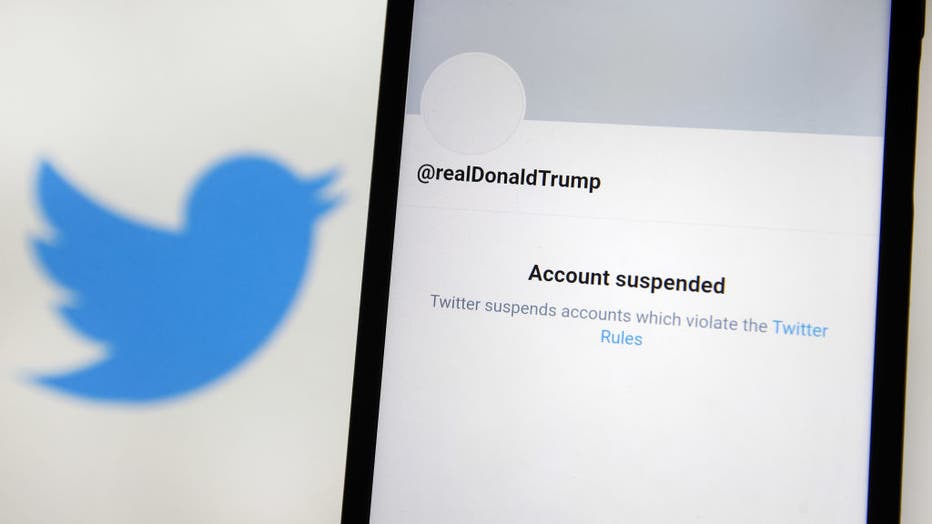 FILE - In this photo illustration, an “Account suspended” message is seen on a phone screen in front of the Twitter logo. (Photo Illustration by Pavlo Gonchar/SOPA Images/LightRocket via Getty Images)

The National Archives has used Twitter to maintain preserved versions of former government officials’ posts during their time in office for years, including the accounts of former White House Press Secretary Kayleigh McEnany during the Trump administration and former President Barack Obama. Their old tweets still live on the platform, allowing users to retweet and like the posts.

In its own statement, the National Archives said it intends to provide public access to all of Trump’s social media, including "any blocked or deleted tweets that have been transferred to us."

But the agency said Twitter is "solely responsible for the decision of what content is available on their platform."

"NARA works closely with Twitter and other social media platforms to maintain archived social accounts from each presidential administration, but ultimately the platform owners can decline to host these accounts. NARA preserves platform-independent copies of social media records and is working to make that content available to the public," the statement released by the National Archives Public and Media Communications said.

Before his permanent suspension, Twitter briefly suspended Trump’s account for 12 hours on Jan. 6, the day of the Capitol riot, after he posted a video that repeated false claims about election fraud and praised the rioters who stormed the Capitol.

But two days after the insurrection, Twitter announced the permanent suspension in a detailed explanation posted on its blog, which said recent Trump tweets amounted to the glorification of violence when read in the context of the Capitol riot and due to plans circulating online for future armed protests around the inauguration of President Joe Biden.

It had also previously added warning labels on a number of Trump’s tweets, including one in May which he warned that "when the looting starts, the shooting starts."

"These THUGS are dishonoring the memory of George Floyd, and I won’t let that happen," Trump wrote about protesters in Minneapolis at the time. "Just spoke to Governor Tim Walz and told him that the Military is with him all the way. Any difficulty and we will assume control but, when the looting starts, the shooting starts. Thank you!"

Twitter said the tweet violated the platform’s rules about "glorifying violence," further escalating tensions between Trump and the company.

At the same time, the moves have drawn criticism from Republicans, alleging the companies censor conservative messaging. Vermont Sen. Bernie Sanders, an Independent, also said during a podcast interview last month that he did not "feel particularly comfortable" with Trump’s Twitter ban, arguing it could lead to censorship of users across the political spectrum.

"I don’t like giving that much power to a handful of high-tech people," Sanders said.