Two Chicago families filed a lawsuit against the Chicago Police Department and Mercy Hospital on Wednesday after an unconscious, facially disfigured man was misidentified by the agencies and eventually taken off life support by a family that was not his own, reports said.

Two Chicago families filed a lawsuit against the Chicago Police Department and Mercy Hospital on Wednesday after an unconscious, facially disfigured man was misidentified by the agencies and eventually taken off life support by a family that was not his own, reports said.

Police found an unresponsive, badly beaten, naked man underneath a car on the West side of Chicago on the morning of April 29. Officers brought the man to Mercy Hospital where he was listed as a John Doe for six weeks, the Chicago Sun-Times reported. 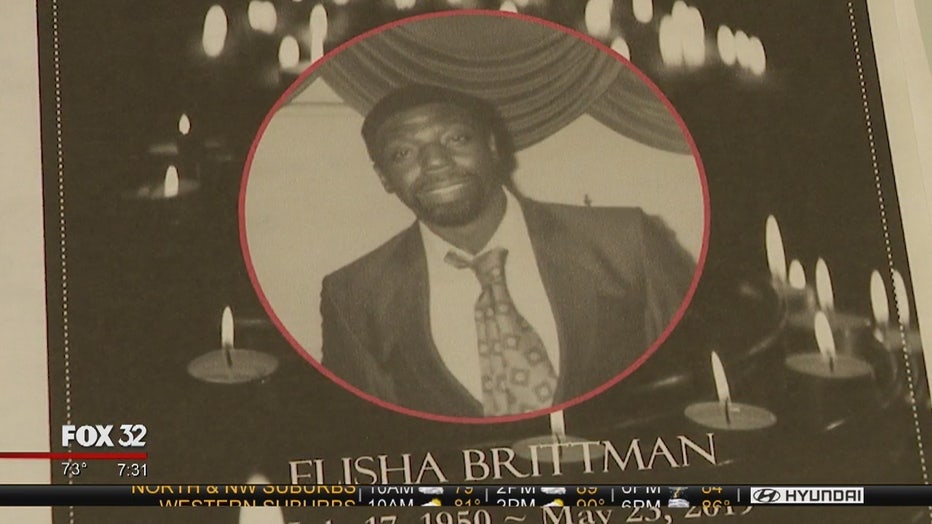 Police and hospital staff eventually identified the John Doe by using mugshots. The man was thought to be Alfonso Bennett, and his family was told their loved one was in the intensive care unit.

But after his death, officials discovered the man was really 66-year-old Elisha Brittman — whose family said had been missing for weeks.

"I didn't just search for him one day. It was every day," Elisha’s niece, Mioshi Brittman, told the newspaper. She claimed police dismissed her when she tried to file a missing person’s report, so she continued to look for her uncle on her own without success.

When Bennett’s family came to visit the man they were told was their relative in the ICU, they said they repeatedly expressed doubts to hospital staff that the unconscious man was Alfonso but were dismissed as being “in denial.”

"I said,  'Doc, I understand what you are saying but I cannot recognize him as my brother," Rosie Brooks, Alfonso Bennett's sister, told the newspaper. The Bennetts eventually decided to take the man off life support when his condition failed to improve.

The Bennett and the Brittman families accuse the Chicago Police Department and Mercy Hospital of willful misconduct and negligence for using mugshots, and not fingerprints, to identify a man whose face was severely disfigured. Jessica Rocco, a spokeswoman for the Chicago Police Department, explained that investigators use “all methods possible to identify a subject” but fingerprinting is used as a “last resort” when the person is not in custody due to privacy laws.

Elisha Brittman --- still believed to be Alfonso Bennett — died at the hospital in the company of a family that was not his own. Weeks after the Bennett family mourned the death of their loved one, Alfonso showed up to a family party after failing to let anyone know he took a vacation.

The body at the morgue was then fingerprinted and correctly identified as Brittman.

Each family is seeking $50,000 to compensate for the emotional trauma of the ordeal and the wrongful death of Elisha Brittman.