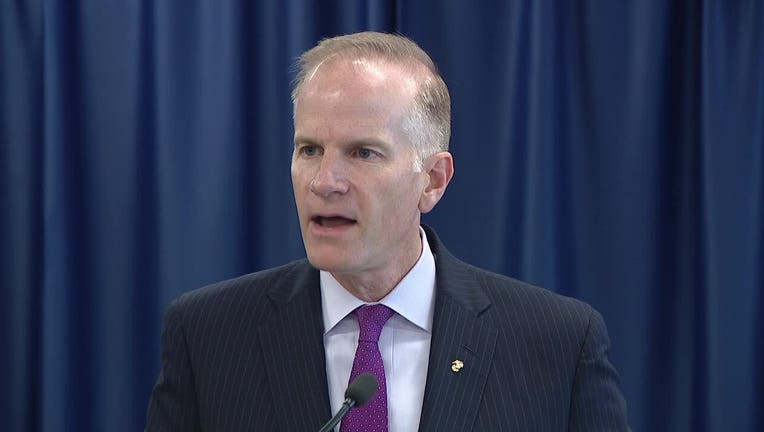 PHILADELPHIA - The top federal prosecutor in Philadelphia said Thursday he will step down next week when President Donald Trump leaves office.

And he rarely minced words.

When a federal appeals court ruled this week that the proposed drug injection clinic, aimed at reducing the city's grim rate of overdose deaths, would run afoul of federal drug laws, McSwain cheered that Philadelphia would not become "the birthplace of heroin injection sites."

"I want to thank President Trump for appointing me as U.S. Attorney, Senators Toomey and Casey for recommending me for the position, and Attorneys General Barr and Sessions for leading the Department of Justice during my service.  I will always be grateful to have had the opportunity to serve as U.S. Attorney in the District in which I have lived most of my life, in the City in which I was born, and in the Office where I learned to be a trial lawyer as an Assistant U.S. Attorney," said U.S. Attorney McSwain.

"My overriding focus as U.S. Attorney was on pursuing justice in order to protect the community.  I gave this job all that I had – all day, every day.  While we’ve had many significant accomplishments during my tenure, the credit for these successes belongs to the hardworking, dedicated professionals at the U.S. Attorney’s Office and our law enforcement partners.  For an attorney, there is no greater professional privilege than to represent the United States of America.  I will miss it dearly," he added.

McSwain has led the office since April 2018. First Assistant U.S. Attorney Jennifer Arbittier Williams will step into the job until President-elect Joe Biden names a replacement.