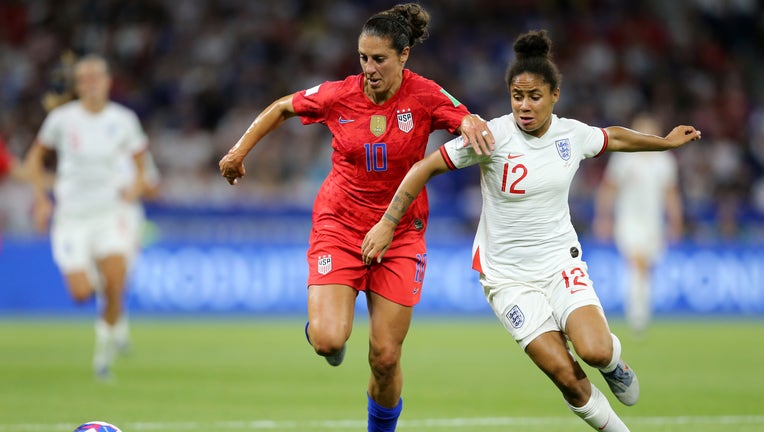 Carli Lloyd of the USA battles for possession with Demi Stokes of England during the 2019 FIFA Women's World Cup France Semi Final match between England and USA at Stade de Lyon on July 02, 2019 in Lyon, France. (Photo by Maddie Meyer - FIFA/FIFA via

PHILADELPHIA - The World Cup Champion U.S. Women’s National Team will be stopping in Philadelphia on their victory tour next month.

South Jersey native Carli Lloyd and her teammates will take on Portugal at Lincoln Financial Field on August 29th.

The match is part of the team’s five-game victory tour that will also take them to Pasadena, California and St. Paul, Minnesota. The final two games of the tour have not yet been announced.

Tickets for the Philadelphia match will go on sale Tuesday July 30 at 10 a.m. through ussoccer.com.