Officials in Moscow, Idaho, held a press conference on Nov. 23, 2022 to provide updates on the ongoing investigation into the murders of four University of Idaho students. Ethan Chapin, 20, Kaylee Goncalves, 21, Xana Kernodle, 20, and 21-year-old Madison Mogen were stabbed several times and killed in the early morning hours of November 13, officials have said. Police have not identified any suspects. Officials did say that they do not believe this was a murder-suicide and they are not ruling out that the killer could be a female.

MOSCOW, Idaho - University of Idaho students will have the option to learn remotely or on campus after the Nov. 13 murders of four students near campus, President Scott Green said in a Thursday video posted to Facebook.

Green had discussed the possibility of a hybrid learning option last week, and the video posted to the school's Facebook page on Thanksgiving solidified the plan for students as authorities have yet to announce any suspects in the brutal stabbings of students Kaylee Goncalves, Madison Mogen, Xana Kernodle and Ethan Chapin.

"We have heard from students with varied needs," Green said in the video. "Some are not comfortable being back in Moscow until a suspect is in custody. Others are asking for in-person classes and the structure that life on campus brings. To meet the needs of all of our students, we have asked our faculty to work with each student to complete the semester either in-person or remotely."

The school structure will look like Zoom classes, recorded lectures or other forms of hybrid learning that teachers established during the COVID-19 pandemic.

"The brutal murders of Kaylee Goncalves, Madison Mogen, Xana Kernodle and Ethan Chapin have shaken our community to the core and brought fear and devastating pain to our Vandal family," the university president said. "We are sad. We are angry. We are struggling to make any sense of it."

The school will host a vigil for the students on Nov. 30 when some students will be back on campus after Thanksgiving break. 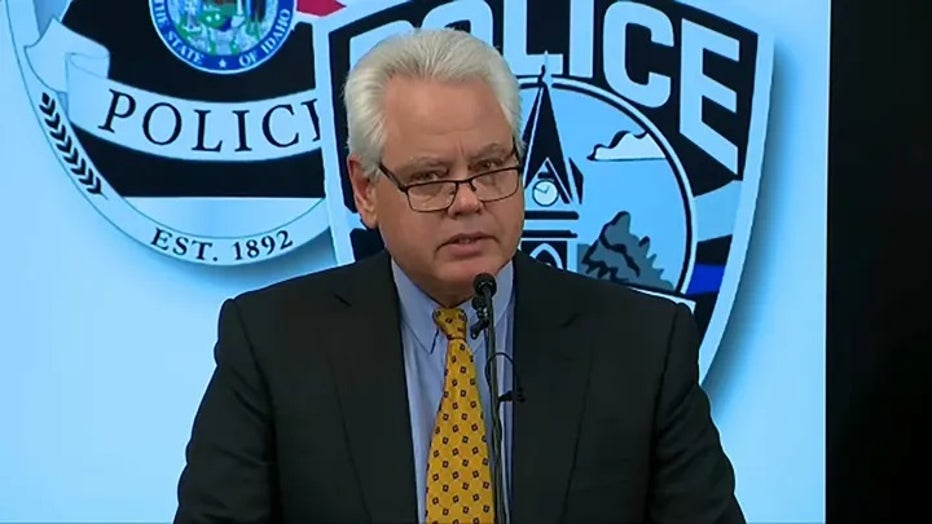 The four students, ages ranging betwee 20 and 21, were stabbed multiple times while sleeping in their Moscow, Idaho, home near campus in the early morning hours of Nov. 13 after they had spent the night out with friends. They each had multiple stab wounds, and some had defensive wounds, according to the Latah County coroner and Moscow Police Department (MPD).

MPD officers arrived to the scene later on Nov. 13 while responding to a 911 call about an unconscious person made at 11:58 a.m. The caller thought one of the victims had passed out and would not wake up, according to police. 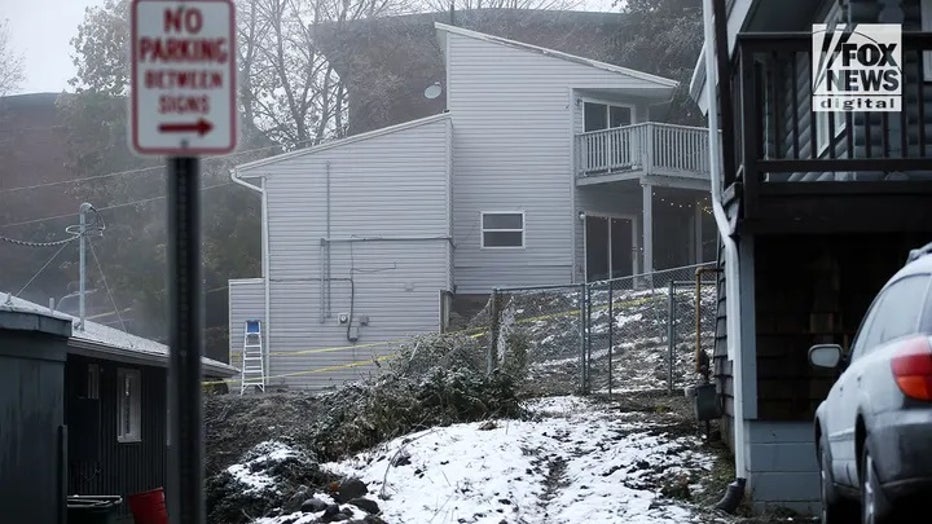 General views of the Moscow, Idaho home, taken on Wednesday, Nov. 16, 2022, when four students of the University of Idaho were murdered, show red stains running down the foundation of the house. (Credit: Derek Shook for Fox News Digital)

Since the murders, dozens of federal and state law enforcement officials have been assigned to the case to assist MPD in identifying and finding the killer, as well as the killer's motive. Officials are also still searching for the murder weapon, which they believe to be a knife. They have received and analyzed more than 1,000 tips related to the case.

"Even with these extra resources, it is unclear how long this investigation will take. That is deeply frustrating to all of us who are waiting for this criminal to be arrested," Green said in his Thursday video. 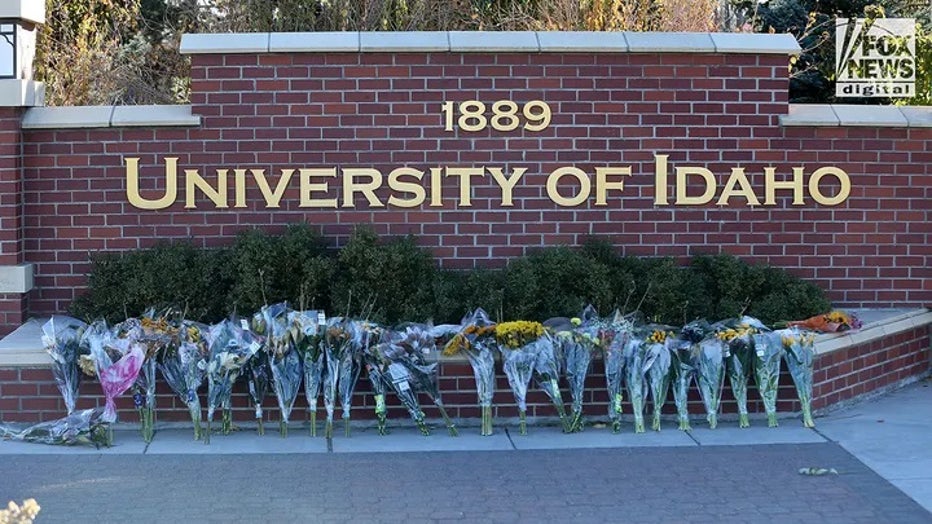 Flowers at an improvised memorial at the University of Idaho in Moscow, Idaho Monday, Nov. 21, 2022, for four of its students who were slain on Nov. 13. (Derek Shook for Fox News Digital)

Authorities are also looking into victim Kaylee Goncalves' comments about having a stalker.

"Kaylee mentioned having a stalker, but detectives have been unable to corroborate the statement," MPD said in a Wednesday statement. "Investigators are requesting anyone with information about a potential stalker, or unusual instances, to contact the tip line."

Police are asking anyone with information or footage related to the slayings to call 208-883-7180 or tipline@ci.moscow.id.us.