Researchers wanted to see if vacationing more could potentially be considered a risk-reducing lifestyle change, much like exercise or diet changes.

SYRACUSE, N.Y. - More than half of Americans aren’t using up all of their vacation time, and a new study from the journal JAMA says that could be increasing those individuals’ risk of developing metabolic syndrome, a condition that raises the risk of heart disease, stroke and diabetes.

Each additional vacation you take could reduce your risk of metabolic syndrome by 25 percent."What we found is that people who vacationed more frequently in the past 12 months have a lowered risk for metabolic syndrome and metabolic symptoms," said Bryce Hruska, lead author on the study and an assistant professor of public health at Syracuse University's Falk College of Sport and Human Dynamics.

Researchers were curious about the specific relationship between vacation and metabolic syndrome because the defining symptoms of metabolic syndrome — large waist circumference, hypertension, elevated triglyceride levels, abnormal cholesterol levels and elevated blood glucose — are things that can be mitigated with lifestyle changes, such as exercising more or changing diet.

Vacationing more, the researchers posited, could potentially be considered a risk-reducing lifestyle change.

The scope of this particular study was quite small; the authors only enrolled 63 individuals to participate, about half of whom worked in health care or education. The participant pool was predominantly white women with an average age of 43.

In the study, researchers took into account whether participants were using their vacation days for travel versus “staycation,” the time and stress involved in traveling to a vacation site, cost and financial stress, social context (did they bring kids along? how much time and stress was involved in childcare?), level of disengagement from work, vacation activities, alcohol use and sleep habits.

On average, participants took about five vacations during the 12 month period prior to the study, used about 14 paid vacation days, spent approximately 40 percent of vacation time at home, considered their vacations enjoyable and relatively stress-free, didn’t drink much alcohol and slept well while vacationing.

Those who took the maximum 15 vacations faced only a 1 percent probability of developing metabolic syndrome. 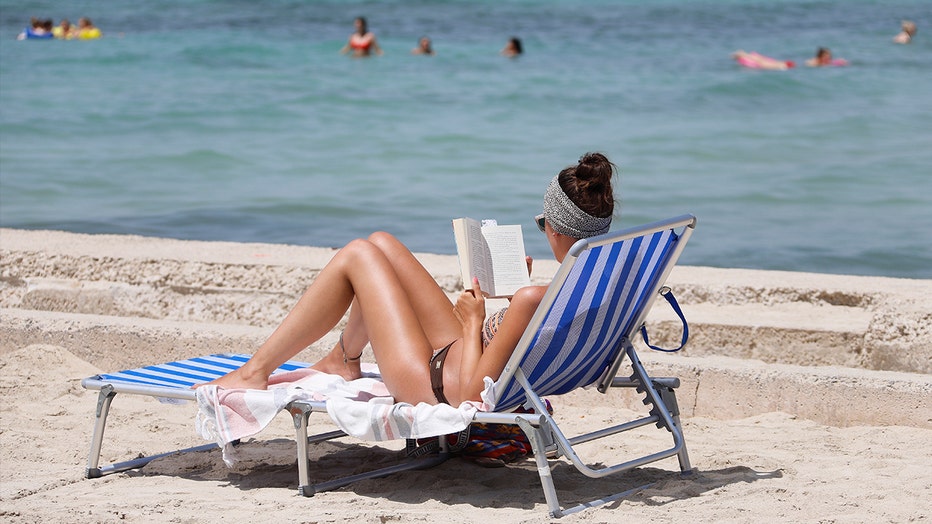 A woman sits on a deck chair on the beach "El Arenal" in Mallorca, Spain, and reads a book. (Clara Margais/picture alliance via Getty Images)

Each additional vacation that participants took was found to decrease the number of metabolic symptoms by 8 percent.

Though this study was small, it builds off of many previous studies which have found associations between vacationing and an array of positive health benefits.

“Such a change could have marked population health and economic benefits—with an estimated 568,442 cases of depression avoided in women each year and a cost savings of $2.94 billion annually,” the report found.

Another study published in the journal Psychosomatic Medicine in 2000 found that more frequent annual vacations can help reduce the risk of coronary heart disease in at-risk middle-aged men as well as reducing their risk of mortality in general.

According to the U.S. Travel Association, American workers didn’t use 662 million vacation days in 2016, which bumped up to 705 million in 2017, but trends in American work culture reveal that, “employers are showing signs of having more encouraging vacation cultures, and employees are feeling more confident about using the time they earn.”