FOX 29's Kelly Rule has more information from the deadly plane crash in Upper Moreland Township, plus reactions from family friends and neighbors.

Police say Jasvir Khurana, 60, Divya Khurana, 54, and Kiran Khurana, 19, all perished when their single-engine plane crashed in the area of Minnie Lane and Morris Road around 6:20 a.m.

Dr. Jasvir Khurana was a faculty member in the Department of Pathology at the Lewis Katz School of Medicine at Temple University.

"Dr. Khurana has been a valued faculty member in the Department of Pathology at the Lewis Katz School of Medicine at Temple University since 2002. Our thoughts are with his family and loved ones."

Dr. Divya Subramanian-Khurana was a member of St. Christopher's staff for over two decades, specializing in pediatric neurology. She was also a professor of pediatrics and neurology at Drexel University College of Medicine. 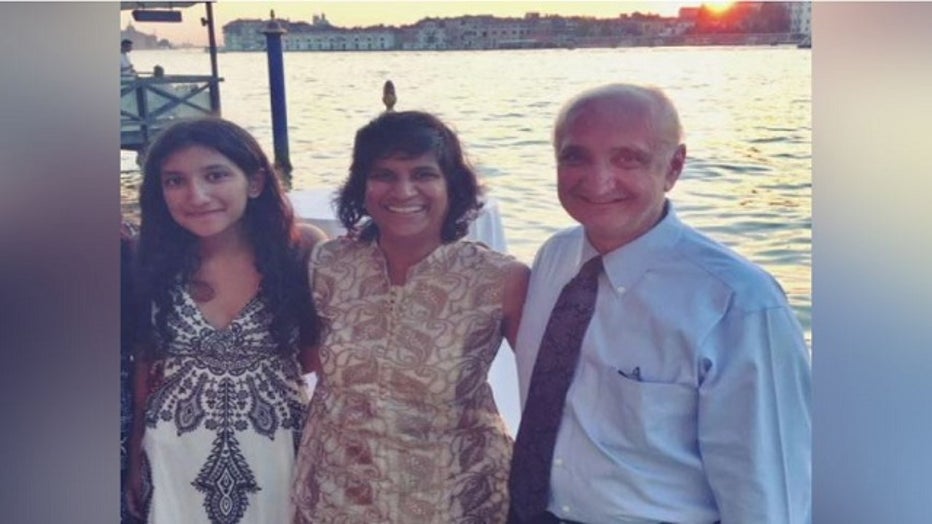 The plane struck several trees and left a wake of wreckage before coming to a stop.

“The pilot must have done a wonderful job because I can't imagine not hitting a house back here because it's a neighborhood. There's a lot of houses and that must have been part of his thought," resident Leigh Manero said.

No one on the ground was injured.

FOX 29's Sabina Kuriakose has the latest on a small plane crash that killed three people in Upper Moreland Township.

“This airplane did not have a black box nor was it required to have a black box. We don’t know yet but we are hopeful to find data to give that exact flight track," Adam Gerhard with the NTSB Safety Board said at a press conference Thursday afternoon.

Officials tell FOX 29 the Beechcraft Bonanza BE33 plane took off from the Northeast Philadelphia airport around 6:12 a.m. Thursday morning and was headed for Ohio.

In air traffic audio, you can hear the pilot asking permission to take off, but communication drops out shortly after.

No nearby homes were damaged during the incident, but a shed was damaged.