PHILADELPHIA - A 17-year-old boy who was wounded during a deadly quadruple shooting Thursday afternoon in Overbrook Park died overnight at the hospital, according to homicide detectives.

Officers responded to the 1400 block of North 76th Street around 3 p.m. for reports of a shooting. A 24-year-old man was pronounced dead at the scene from multiple gunshot wounds.

A 30-year-old and 19-year-old victim remain in "extremely critical condition" with several gunshot wounds to the body, police said. 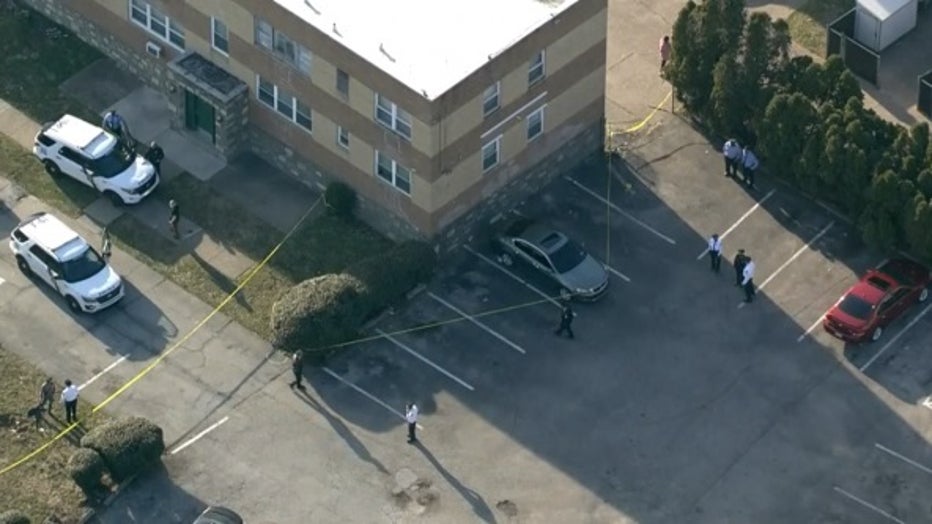 SKYFOX flew over the scene Thursday.

No arrests were reported immediately following the deadly gunfire. Investigators are working to find out what sparked the quadruple shooting.

"We are doing everything we can to get interviews from witnesses that may have seen it and to gather any video evidence and witness statement that we can," said Philadelphia Police Commissioner Danielle Outlaw.

"Earlier this afternoon, another shooting claimed the life of one man and left others — including two teenagers — critically injured. At this rate, 2021 is on track to be the most violent year we’ve experienced in our lifetimes. We cannot stand by as we lose an entire generation to this ongoing scourge of gun violence. We must rise up with one united voice to demand this horrific violence come to an end, and work together to achieve that goal.

Editor’s Note: This story has been updated to reflect the victim’s age in the quadruple shooting is 17 and not 16 as previously reported by police.