Prosecutors search for suspects in fatal shooting in Chester

CHESTER, Pa. - Authorities in Delaware County are looking to identify and locate a group of suspects wanted in connection with a deadly shooting that occurred back on Sept. 14.

Officers responded to a report of shots fired around 6 p.m. in the ara of West Carla's Lane and John Street.

While traveling to the area, officers say they head continuing gunfire coming from the area of 9th & Tilghman Streets.

When police arrived on the scene, they found a head-on collision had occurred on the 1800 block of West 9th Street. 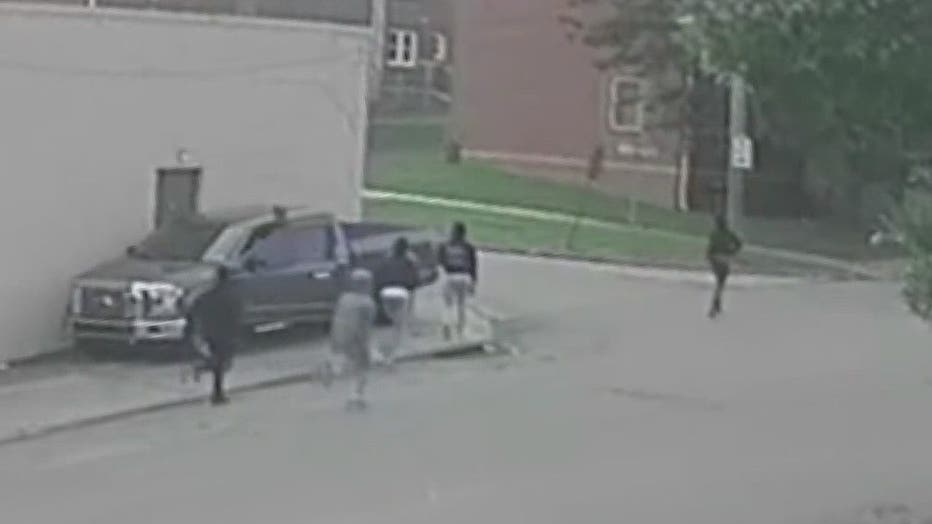 Police are looking for five suspects they say opened fire on a 26-year-old man in Chester, killing him.

Inside one of the vehicles, they found Timothy David Hamler, 26, suffering from multiple gunshot wounds. He was taken to Crozer Chester Medical Center where he later succumbed to his injuries.

According to police, surveillance video recovered from the area of West Carla's Lane and John Street shows a group of suspects exiting a gray Dodge Durango with a temporary Delaware tag.

The same video shows five suspects walk around the corner, passing a bystander, before they began firing handguns down the street, striking Hamler in his vehicle.

The suspects then fled the scene, running past the same bystander, and getting. back into the Durango.

Anyone with information about this incident is asked to contact police.