Viral video shows the dramatic arrest of a 65-year-old woman who refused to sign a ticket and attempted to flee police.

CASHION, Okla. - A 65-year-old woman was tasered and arrested in Cashion, Oklahoma, on July 17, after refusing to sign an $80 ticket for a broken tail light, fleeing from the police officer, and reportedly trying to kick him during her arrest.

Viral footage from police bodycam shows Debra Hamil refusing to comply with police when presented with the ticket. In the video, she can be heard saying that she had been driving her damaged vehicle for about six months.

"I don't think I deserve to pay $80 for something that is fixable," Hamil tells the officer while refusing to sign the ticket. She proceeded to tell the officer she would be fair with him and that he was "full of (expletive)". 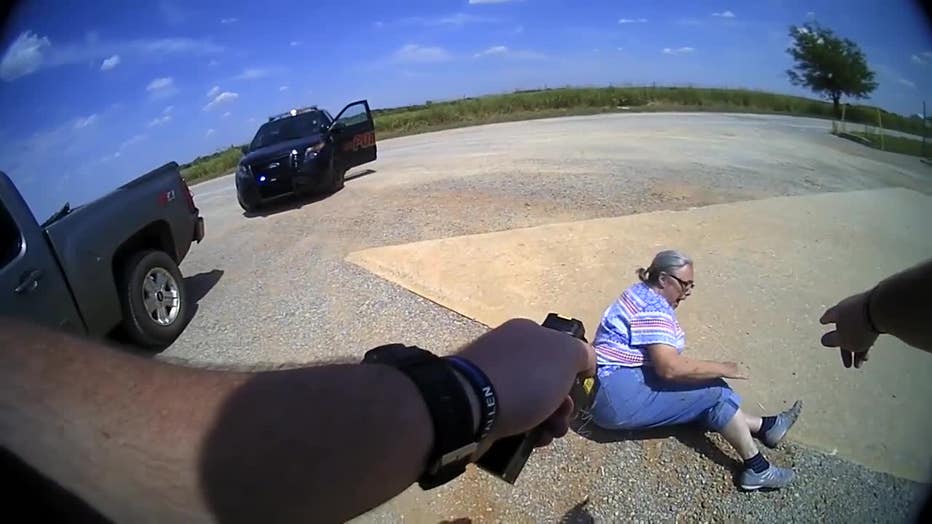 After being order to step out of the car, she is seen fleeing from police.

A police chase ensued and Hamil continued to resist arrest as shown in the video. During the altercation, Hamil attempts to kick the arresting officer while shouting "You better leave me alone."

Hamil was dragged out of her vehicle, continues to resist arrest, and is subsequently tasered by the officer.

Eventually, the officer was able to detain Hamil who later told him "Yeah, I tried to kick you, because I'm a country girl."

“An arrest was made of a person on complaints of Assault and Battery on a Police Officer” and “Felony Resisting Arrest – Misdemeanor," Cashion Police confirmed in a press release with the bodycam footage.

Officials also said, “The person arrested as shown on the video is currently facing criminal charges in the District Court of Kingfisher County. It is the policy of the Cashion Police Department that no statements will be issued by the Police Department on criminal cases pending in the court system.”