The incident was captured on a surveillance camera at the Academy for Technology and Academics in Conway on Thursday.

The video showed school counselor Romulus McNeill holding an umbrella and walking on the sidewalk as a lightning bolt struck nearby. The strike startled him, causing him to drop his umbrella as he jumped. 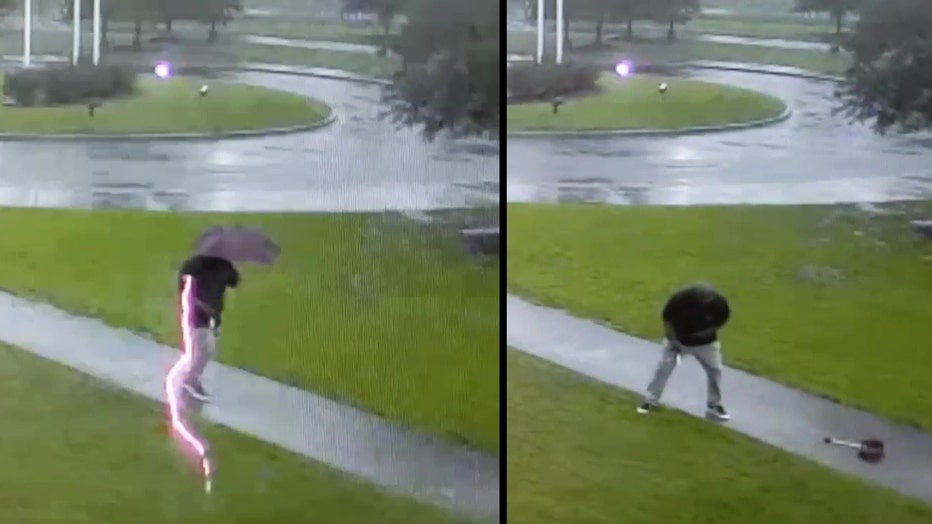 McNeill said he was thankful to not be injured.

"I felt a shock," McNeill told WMBF. "It was just kind of insane for it to happen like that. I was just trying to get home and get something to eat."