Video: SUV swallowed up by sinkhole in Easton

FOX 29's Dawn Timmeney has more on the heart-stopping video.

EASTON, Pa. - A home surveillance camera in Easton's south side captured the exact moment a large SUV was swallowed up by a sinkhole.

It happened Monday afternoon on James Street near the corner of Kleinhans Street.

"I was actually there. I saw it happen, so when the FedEx truck drove by and the Suburban drove past it that's when I saw. I heard a loud, crashing noise, just fell in the hole," he said. 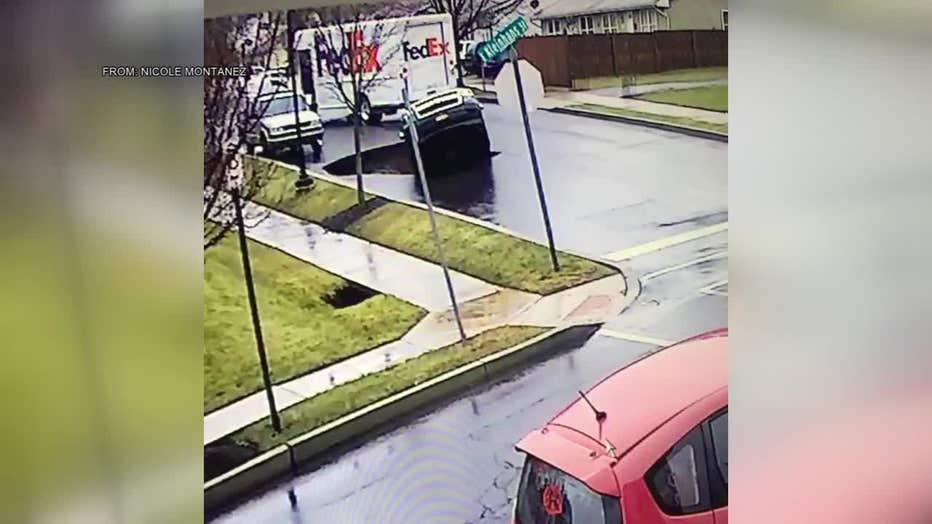 Video shows an SUV being swallowed up by a sinkhole in Easton, Pa.

In the video, you can see the FedEx driver stop as the SUV is sucked into the street. The driver is able to crawl out a window and rushes to the other side to help a passenger escape.

Heidi Ramirez says the couple inside the SUV lives right next door. Her Facebook Live post showed the vehicle being pulled from the 15-foot deep hole by a crane before public works crews began filling the gaping hole and making repairs.