Police say three people were injured in a shooting that erupted at a New Year's Eve after-party that was being held inside a warehouse in Frankford. Two injured men in their early 20s walked into St. Christopher's Hospital, one of the victims was placed in critical condition.

PHILADELPHIA - Two people are dead and a dozen others are wounded following a violent start to the new year in Philadelphia, authorities said.

According to police, seven people were shot in two separate shootings that happened shortly after the calendar flipped to 2022. Officers in Feltonville were called to the 100 block of East Luray Street where police say a 33-year-old man was gunned down and two women were injured.

Minutes later, 22nd district officers were dispatched to the 1600 block of Cecil B. Moore Avenue where a 16-year-old was fatally shot in the head, a 20-year-old woman was badly wounded and three others suffered non-life-threatening injuries.

Also in the northern part of the city in the early hours of the new year, police said two men arrived at Temple Hospital after gunshots rang out near the intersection of 8th and Cambria streets.

Authorities are trying to pinpoint when the second triple shooting of the new year happened after three men showed up to two different hospitals with gunshot wounds. Police said two injured men in their early 20s walked into St. Christopher's Hospital, one of the victims was placed in critical condition.

Authorities said three people were hurt in a triple shooting that erupted at a New Year's Eve after-party being held in a warehouse in Frankford. Two injured men in their early 20s walked into St. Christopher's Hospital, one of the victims was placed in critical condition.

The third victim was taken by car to Temple Hospital where he is expected to survive, police said.

"It's not the start we were looking for," Philadelphia Police Chief Inspector Frank Vanore told reporters. "Certainly we hope it doesn't continue like this." 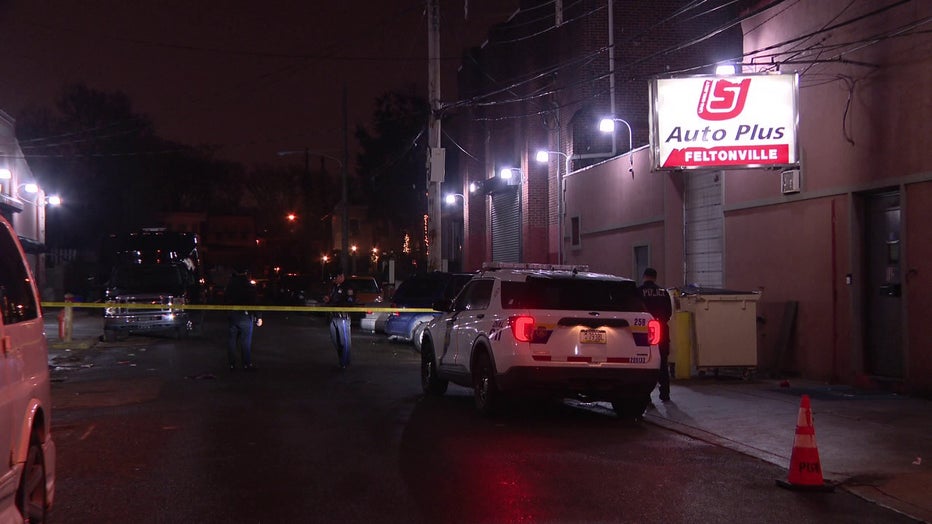 A man was shot and killed while two women were injured after a shooting on East Luray Street.

The bloody start to 2022 comes immediately after Philadelphia endured one of its deadliest years ever recorded. According to the Philadelphia Police Department, there were 559 homicides in the city last year.