Want to have a catch? Montgomery County man hopes to play baseball with 162 people

For Dan Reischel, a game of catch is a way to connect with people and enjoy the game he loves — baseball.

MONTGOMERY COUNTY, Pa. - When was the last time you put on a baseball glove and went outside to have a catch? Maybe it was with your son or daughter, your best friend, or a complete stranger. A Montgomery County man’s love for the game of baseball got him doing just that.

For Dan Reischel, a game of catch is a way to connect with people and enjoy the game he loves — baseball. Each week Dan meets with family, friends, and complete strangers just to have a catch. "The cool thing is once I get out there. The time and the stress of our days just kind of melts and fades in the background," Dan said.

He posts each game of catch to Instagram with a story attached.

"I've tried to tell the story of why people love this game from a whole bunch of different angles. It's not just one type of person or one group of people, but really all kinds of people have stories that they can tell of why they enjoy baseball and what their connection and love is for it," Dan explains. 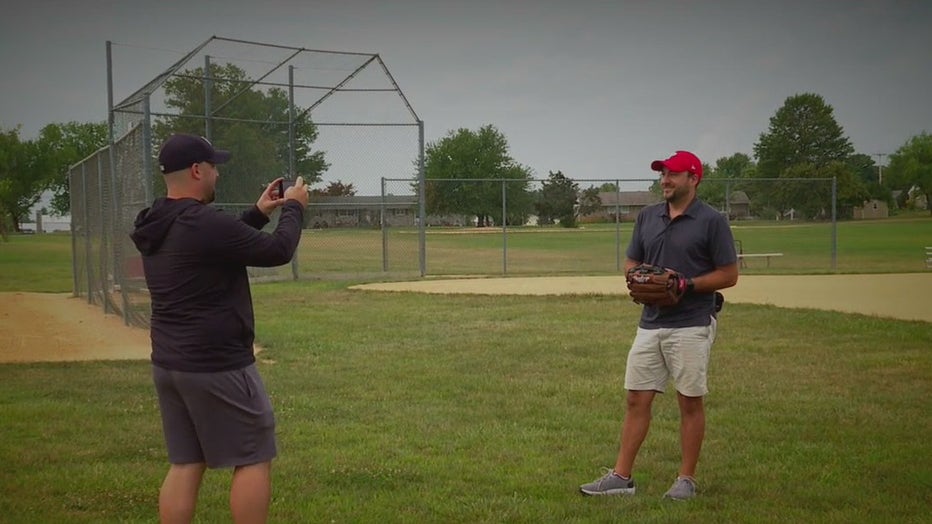 First up was his daughter Addison back in February. A week ago, Dan had a catch with Yogi Berra’s grandkids. Then it was Mo’ne Davis, who pitched on the Taney Dragons little league world series team.

He recently met with former Philadelphia Phillies advanced scout Hank King. King was a member of the Phillies for 34 years. Dan’s goal is to have a catch with 162 different people. Matching the amount of games played during a major league season.

Dan hopes to finish up by the end of the World Series this year. He already has the last game all worked out.

"My hope and goal is to play catch number 162, the very last one, with my dad out at the Field of Dreams out in Iowa and just have that moment kind of wrap the whole project up."