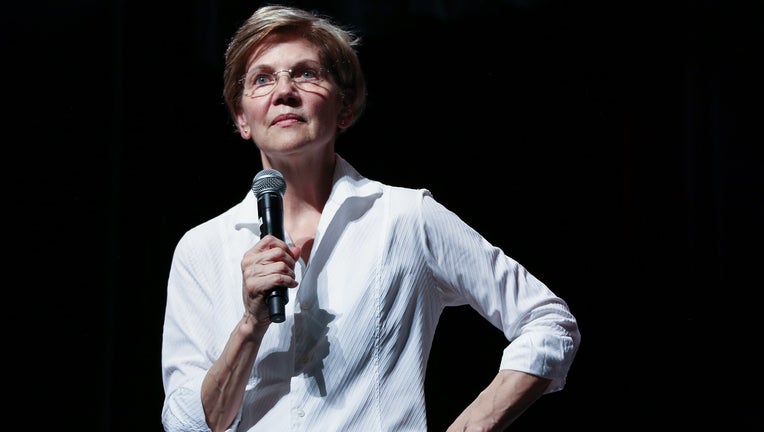 Democratic 2020 hopeful Elizabeth Warren says that if elected president she would sign executive orders aimed at addressing the wage and employment leadership gap for women of color, punishing companies and contractors with historically poor records on diversity and equality by denying them contracts with the federal government.

The Massachusetts senator detailed her latest plan in a post on Medium on Friday, positioning her ideas as moral and economic imperatives.

It's the latest in a parade of proposals that have become a trademark of her 2020 Democratic presidential bid and helped boost her in the primary polls, particularly among black women.

Warren's plan comes on the eve of her appearance at Essence Fest, an annual music and cultural conference that is the largest gathering of black women in the country, with an expected 500,000 attendees. Also expected to speak this weekend at the conference in New Orleans are 2020 contenders Kamala Harris, Cory Booker, Beto O'Rourke and Pete Buttigieg.

The proposals by Warren, who also posted to the Essence website , are aimed not only at black women but also at Latina, Asian and Native American women.

To address the underrepresentation of women of color in leadership in the federal workforce, Warren says she would issue an order to recruit from historically black colleges and other minority-serving institutions; establish paid fellowships for federal jobs for minority and low-income applicants, including formerly incarcerated people; and require federal agencies to incorporate diversity into their strategic plans and mentorship efforts.

Another order targets companies and contractors disproportionately employing women of color. Under the proposal, Warren would ban companies seeking federal contracts from using forced arbitration and non-compete clauses, which she argues make it more difficult for employees to fight wage theft, discrimination and harassment, issues particularly affecting minority women. Contractors also would be banned from asking applicants for past salary information and criminal histories and would have to pay a $15 minimum hourly wage and offer benefits including paid family leave, fair scheduling and collective bargaining rights to all employees.