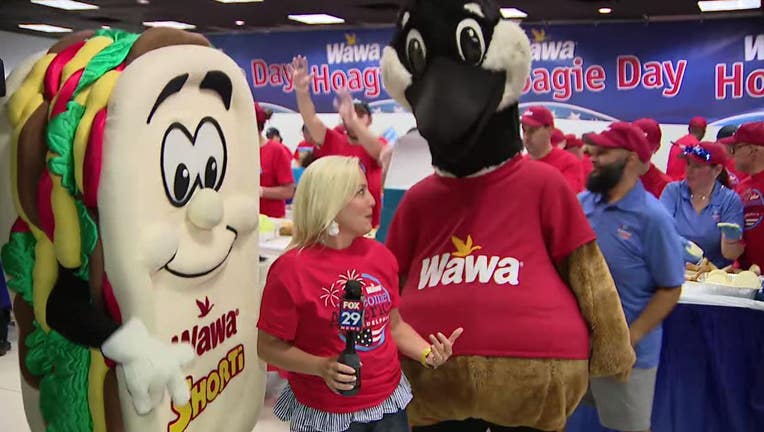 PHILADELPHIA - Wawa is celebrating its 27th annual Hoagie Day by giving away thousands of free hoagies.

The beloved chain says it plans on giving out more than 32,000 free hoagies to anyone and everyone Tuesday as part of its annual tradition.

FOX 29’s Jennifer Frederick got in on the hoagie-building fun at the National Constitution Center, where hundreds of workers made delicious hoagies.

The event includes the 'Nine-Ton Hoagie Salute,' named in honor of military service men and women, firefighters and police officers.

During the salute, more than 32,000 hoagies will be built marched in by Wawa associates and re-enactors from military moments throughout history, and served to the crowd free of charge.