PHILADELPHIA - Community activists, leaders, and mentors continue to play a crucial role with the city’s youth—especially in the midst of a gun violence epidemic.

Nobody understood that more than Eugene "Gene" Lett.

"He was a hero, he knew so many people," said Adrian Burke, a close friend and basketball coach at West Philadelphia High School. "He was trying to make a change, he was trying to break the chain, do something different and I tell you, he died trying to do everything he could possibly do for our community."

Burke says he knew him since the fourth grade and they spent most days at the recreation center at 55th and Christian Streets, what is now the A.W. Christy Recreation Center.

Lett, a father and husband, went on to be president of the advisory council, coached basketball, ran numerous programs on a volunteer basis, and provided food, clothes, and rides for kids in the neighborhood.

"We always had this saying, ‘This is way bigger than basketball,’ we’re trying to help these kids in their life," Burke said. "Our whole thing was trying to get these kids into college and get them a degree."

On Sunday, Lett played his final pick-up basketball game at the rec center with friends. His wife decided to come, and his son was also there.

He scored the game-winning shot and suddenly collapsed shortly afterwards.

"I had his head, I’m just talking to him, ‘Man come on, come on, get up,’" said Robert Pollard, a close friend and basketball coach at West Philadelphia High School. "That’s his home man, that’s his gym, I just feel like he’s smiling down on us now." 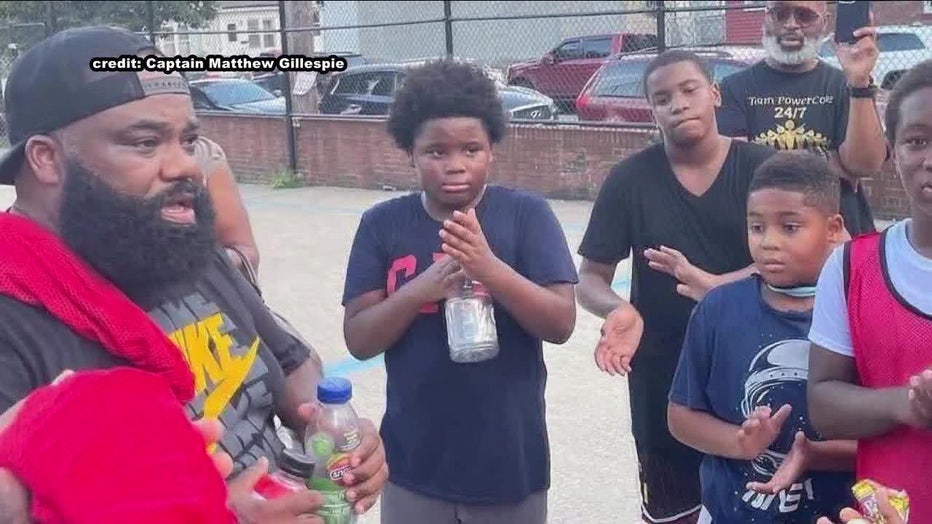 Tributes poured in for Lett on social media from across the city.

Philadelphia Police Southwest Detectives Captain Matthew Gillespie wrote on Twitter: "It is a sad day as we mourn the loss of Coach Gene Lett. A true gentleman who helped shape generations of young people here in West Philly. His legacy lives on with the young people he influenced."

His close friends are now encouraging men in the community to step up in Lett’s honor.

"He just said, ‘No this isn’t going down, this is where I grew up, you can come here, you can be safe," Pollard said. "And I just hope they respect that and keep that going. It’s going to take a team effort, like, from everybody."

"Gene Lett was an incredibly dedicated volunteer. He gave countless hours of his time in service of Christy Recreation Center and the surrounding community. Gene led many well-respected and very popular anti-violence and youth empowerment programs at Christy, in partnership with the community and the local police district.

Gene was recently elected president of Recreation Advisory Council at Christy Recreation Center. He was a wonderful role model for young people in that neighborhood, and leaves an entire community in grief over this tremendous loss. Our City would be a better – and safer – place if we had a Gene Lett in every neighborhood."