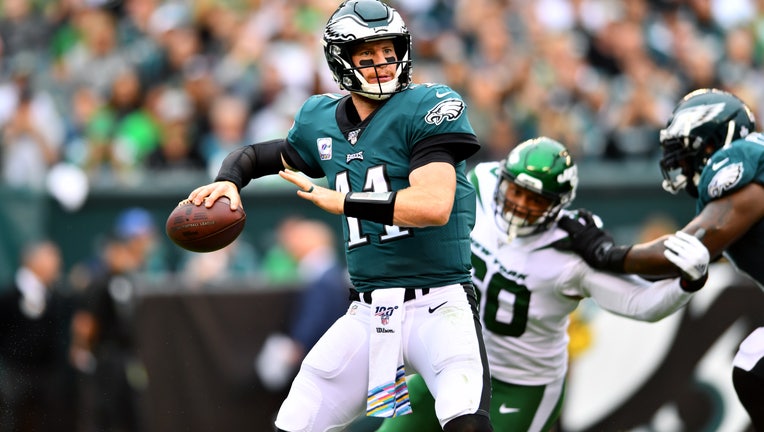 PHILADELPHIA - Quarterback Carson Wentz penned a heartfelt goodbye to his teammates, the City of Philadelphia and the Eagles organization after the trade to the Indianapolis Colts.

Read his full letter below:

Wentz, the second overall pick in the 2016 NFL Draft certainly had some early success with the Eagles before having the worst statistical year of his career during the 2020 season.

The deal reunites Wentz with Colts coach Frank Reich, who served as Philadelphia’s offensive coordinator his first two seasons in the league. The Colts are turning to their fourth starting quarterback in Reich’s four years. Andrew Luck retired abruptly before 2019 season and Jacoby Brissett took over. Philip Rivers led the team to the playoffs in his only season in Indianapolis in 2020. After Rivers retired, Wentz became an ideal fit for the team.

Wentz's MVP-caliber performance during the 2017 season, prior to a season ending knee injury, helped pave the way for the franchise's first-ever Super Bowl win in Super Bowl LII. He also helped push the team into the playoffs in the following seasons and was signed to a $128 million, four-year extension in 2019.