OXFORD CIRCLE - The widow of a man killed in a motorcycle crash on the Roosevelt Boulevard wants his cell phone returned after she says it wasn't recovered at the scene.

RELATED: Man, 35, killed in motorcycle crash on Roosevelt Boulevard; driver turns self in

Aja Williams is still numb over the loss of her husband, Kelvin, after he died in a horrible motorcycle crash with a car on the Roosevelt Boulevard Friday night. 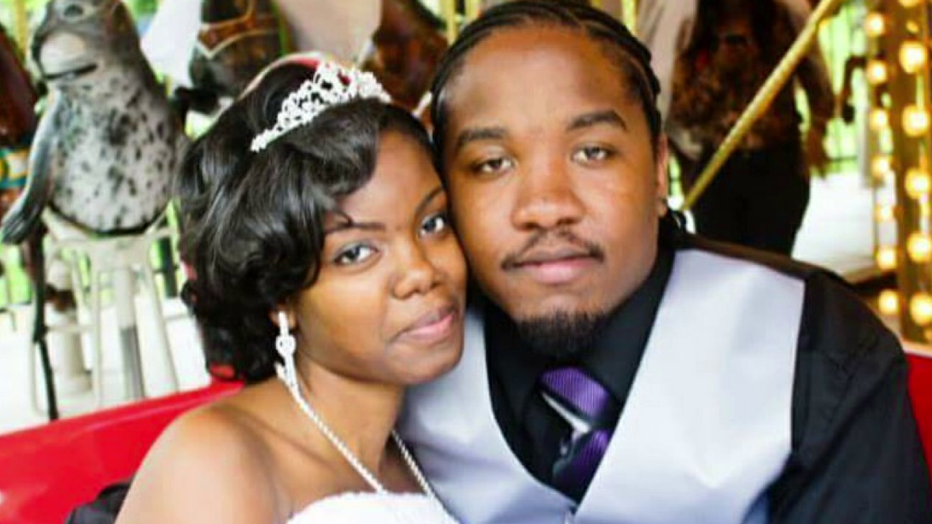 "He helped out any and everybody. I don't care who you were, he would help you out. He didn't have to know you. If you needed help, Kelvin was right there helping you," Aja told FOX 29.

Now, the young widow is making a public plea for his cell phone, which was not recovered at the scene. She called his phone seconds after the accident when he failed to pick her up from work and someone else answered the line.

"They kept apologizing to me. They were like, I tried to perform CPR on him. I'm sorry, he passed away," Aja explained.

Aja says she wants the phone back for sentimental reasons. She says Kelvin's whole life was captured on that phone. She’s asking whoever has it to return it right away.

"I want the phone back so bad because everything of his is on that phone. He recorded videos on there, all the pictures of his cars are on there and he always took pictures of me, just random pictures," she said.

The woman driving the Nissan fled the scene, according to police, but later turned herself in.  No charges have been filed in the ongoing investigation.

"I just want the truth to come out. I wanna know the truth," Aja said.