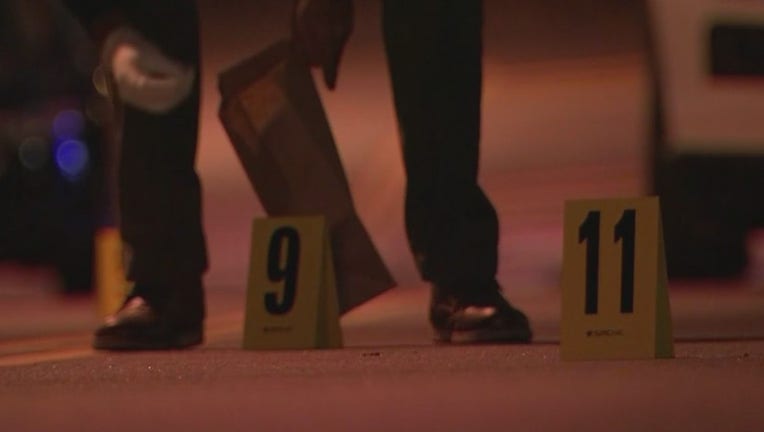 STRAWBERRY MANSION - Authorities say a young woman was wounded when a dozen bullets were fired at a crowded family home in Strawberry Mansion early Wednesday morning.

Philadelphia Police Chief Inspector Scott Small says a 22-year-old woman was standing inside a home on the 3100 block of West Montgomery Avenue when as many as 8 bullets tore through the residence.

The woman was reportedly struck once in the leg and taken to Temple University Hospital by police where she was placed in stable condition.

Police say 15 people between the ages of 8-months-old and 44-years-old were inside the home during the shooting. One of the residents told police that most of the children were asleep on the third floor at the time of the shooting.

Investigators believe the home was the intended target of the unknown shooter. Police say 12 spent shell casings were found at the scene. Eight bullets ripped through the home's front door and peppered the living room and dining room walls.

No arrests have been reported at this time. Police do not have a motive for the gun violence.