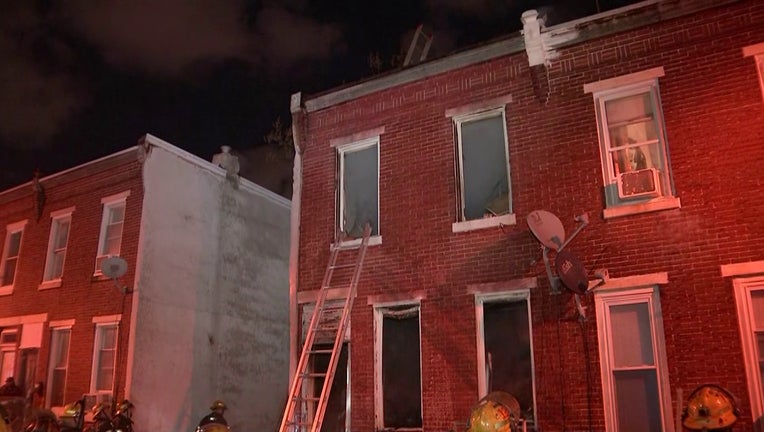 A woman is fighting for her life after a fire tears through a home on North Chadwick Street in North Philadelphia, officials said.

NORTH PHILADELPHIA - A woman is in the hospital in critical condition after a house fire in North Philadelphia.

Fire crews responded to the 3000 block of North Chadwick Street early Tuesday morning, just before 1 a.m., for a house fire.

They battled heavy smoke and flames nearly an hour, struggling to bring the blaze under control. They were able to declare the fire under control just before 1:45.

One woman was transported to Temple University Hospital and was listed in critical condition.

According to authorities, she suffered smoke inhalation and burns.

An investigation into the fire is ongoing.