HUNTING PARK - Philadelphia police are investigating after a woman was gunned down near a gazebo early Wednesday morning in Hunting Park.

Officers responded to the area of 9th street and Hunting Park Avenue just before 4 a.m. Police said a woman in her 20s was found with gunshot wounds to the face and chest. 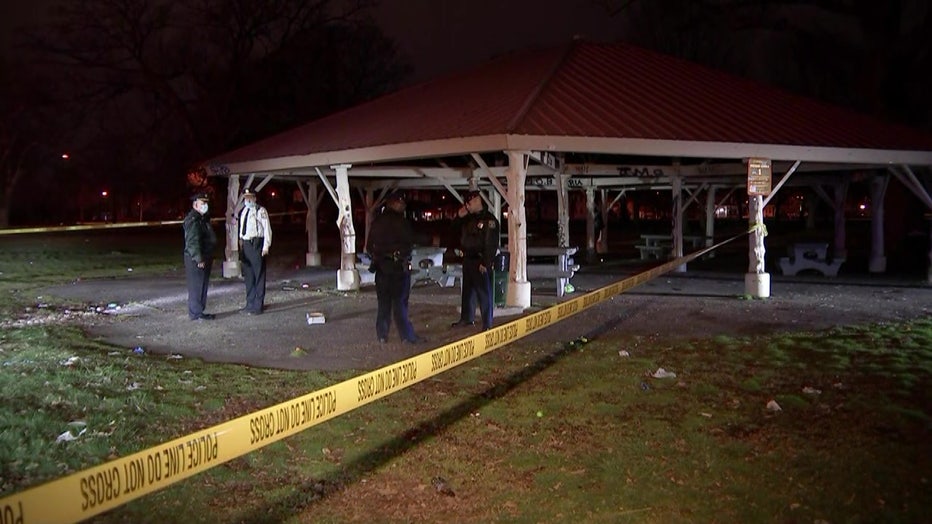 Police said a woman in her 30s was gunned down near a gazebo Wednesday morning in Hunting Park.

Philadelphia Police Chief Inspector Scott Small said at least two spent shell casings were found close to the victim's body. Small described the area as "secluded" and said there were no cameras nearby.

The unnamed victim was pronounced dead at Temple University Hospital shortly after her arrival, according to police.

No arrests were reported immediately following the deadly shooting. Police have not said what sparked the gunfire.