VENTNOR, N.J. - A local woman who was out for an early morning walk on the beach with her dog stumbled upon a seal basking in the sunrise Sunday in Ventnor.

Victoria Lipson told FOX 29 she and her dog were walking along the beach near Wissahickon Avenue around 7:30 a.m. when she mistook the animal for a clump of seaweed.

As Lipson got closer, she realized it was seal enjoying in the early morning sun. From a safe distance, Lipson watched the seal for around 20 minutes until it returned to the ocean. 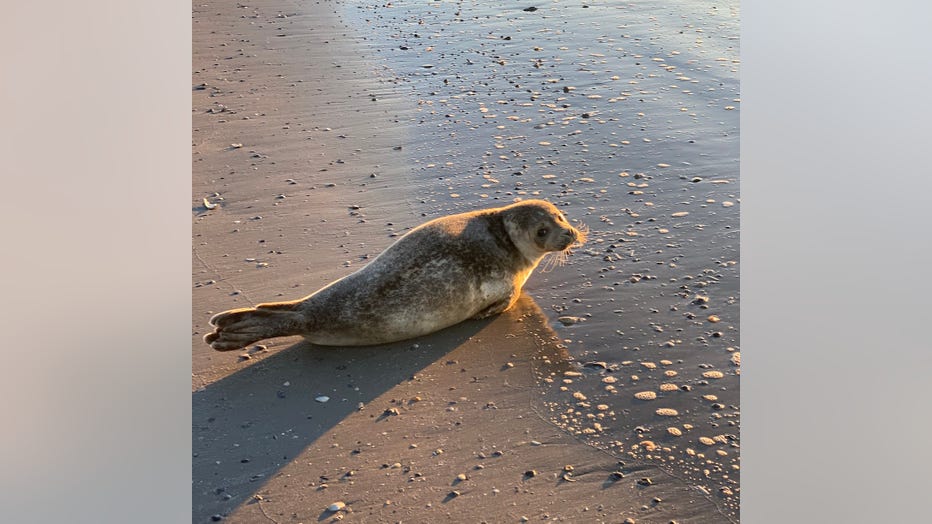 "Such an amazing morning I’ll never forget it," Lipson said in an email to FOX 29.

According to the ConserveWildlife.org, seals can be seen in New Jersey "primarily between the months of November through April." Experts say the most common seal seen in New Jersey is the harbor seal, while the larger gray seal and harp seal are also frequently spotted.