PHILADELPHIA - A woman started a toy donation for children in the neighborhood where 7-year-old Zamar Jones was shot while on his front porch earlier this month. Jones died at the hospital days later.

"On Facebook, I had seen a picture that was shared of this little boy holding up a sign that he wanted to be a police officer," said Jennifer Gross. The picture she saw was 7-year-old Zamar Jones. He’s the little boy whose life was taken by someone firing a gun on Simpson Street in West Philly where he lived.

"I thought about all of the things that are happening in our country right now and just the senseless killing of children," said Gross. So she came up with an idea. She made a delivery to Zamar’s street this evening where she unloaded a trunk of 500 toy cars to give to his friends and other children. Zamar was playing on his porch when he was shot. 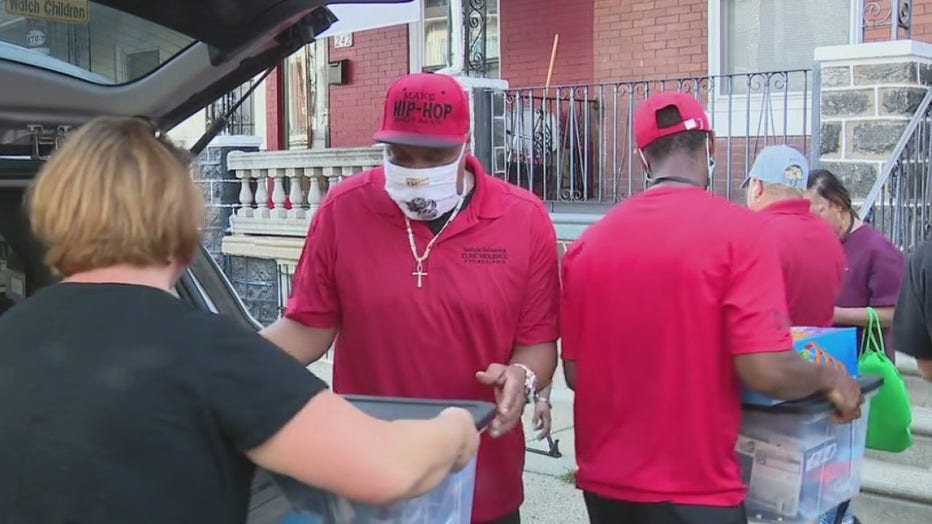 "I'm the mom of three boys and we used to live in Philadelphia and my kids have played on porches with cars before and it just touched my heart," said Gross. She rallied family, friends and her community to help with donations.

On Tuesday, she dropped them off to Sean Smith who is the block captain. Smith plans to give out the toys during a community day she's organizing to get neighbors out of their homes where she says they've mostly remained since Zamar's murder.

"So they won't be scared. At least they'll have a day where they can feel free to come out and play because right now they're scared to come out and the parents are also," said Smith. She says police donated 200 of backpacks with supplies and coloring books and the neighborhood mailman donated crayons.

Smith says she'll add the toy cars to the gift bags. The group "Cure Violence" was also out this evening handing out fliers about its support of the upcoming community day.

"We've been down here almost every day since offering them help from Victim’s Services Trauma because we're dealing with trauma. The children are scared to come out," said Colwin Williams.

The community day is scheduled for Sept. 5.

Vigil held for Zamar Jones, 7, shot while playing on his West Philly porch