Ruth Hilliard was born in 1913 and seen 18 different presidents in her lifetime.

WELDON, N.C. - A woman who recently celebrated her 106th birthday reportedly credits her long life to an enduring faith in God.

Ruth Hilliard, who lives in North Carolina at an assisted living facility, cannot see as well as she used to — but recites scripture on a regular basis, according to WTVD. Her favorite is Psalms 91:15-16, which reads:

"He will call on me, and I will answer him; I will be with him in trouble, I will deliver him and honor him. With long life I will satisfy him and show him my salvation."

Hilliard was born on June 5, 1913 and told the local station that she believes God has used her 106 years of life to show the value of that particular passage.

She spent decades teaching children at school and at church, WTVD reported. She still encourages young people to take their education seriously.

Hilliard has a son, three grandchildren and a great-grandchild, according to the station. 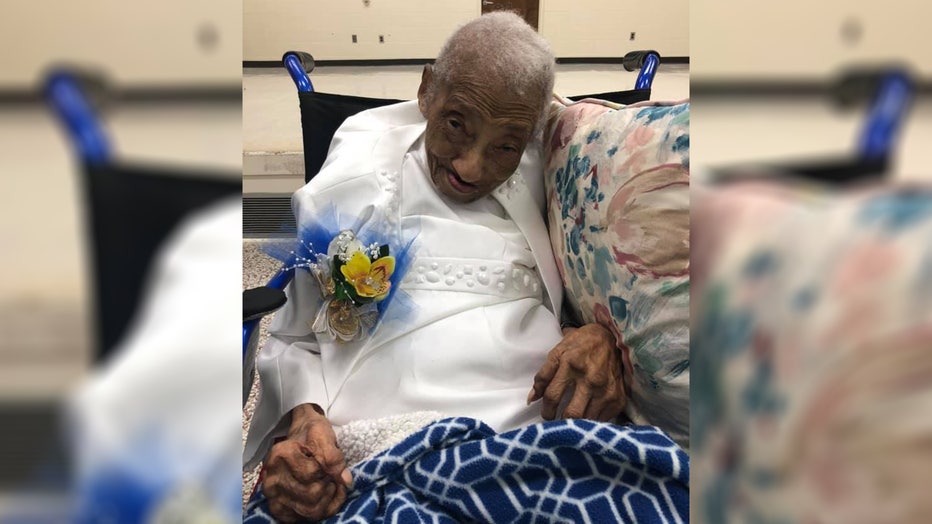 The year that Hilliard was born, eggs cost an average of 37 cents per dozen, President William Howard Taft left office and the Federal Reserve System was formed as the central bank of the United States.

She has seen 18 different presidents in her lifetime and been alive for many notable 20th and 21st century inventions, including the hair dryer, Scotch tape, the electric guitar, the nuclear bomb, seat belts, the internet, GPS and the iPhone.

The North Carolina House of Representatives reportedly sent Hilliard a certificate of special recognition congratulating her on the milestone birthday.