The FBI says they were able to link photos and videos of Gary Edwards at the Capitol riot on Jan 6.

BUCKS COUNTY, Pa. - A Bucks County woman's effort to defend her husband on Facebook has led to his arrest in connection with the insurrection at the U.S. Capitol, according to the FBI.

Gary Edwards from Southampton was among the crowd of Trump supporters who stormed the U.S. Capitol during the deadly riot on Jan. 6, according to investigators. 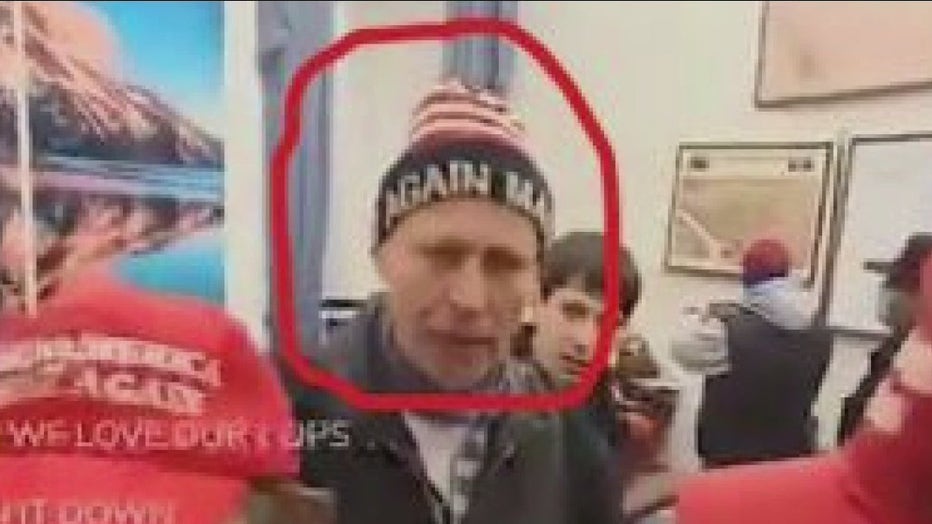 The feds say his wife, Lynn, posted about it on Facebook defending him.

"Okay ladies let me tell you what happened as my husband was there inside the Capitol Rotunda. There was a small group of young men dressed in military garb who yelled "we r going in!" They broke the barricade down, ran up the steps, broke a window and climbed in. They broke some furniture. Then proceeded to storm the floors. The crowd followed to stand on the balconies. When this happened there were police milling around doing nothing even after the breech [sic]," one post read according to an FBI affidavit. "Gary walked around the back of the building and climbed the stairs walking right into the rotunda. He stood there and heard and saw teargas blasts. The police were right next to him as Gary poured water on their eyes. He stayed to chat w the police who were calm. Prior to Gary getting in evidently one woman was shot. . . ."

At some point, her posts on her public Facebook page were deleted or removed from public view.

Investigators say they were able to link photos and videos of Edwards there.

Edwards was arrested Tuesday and released.