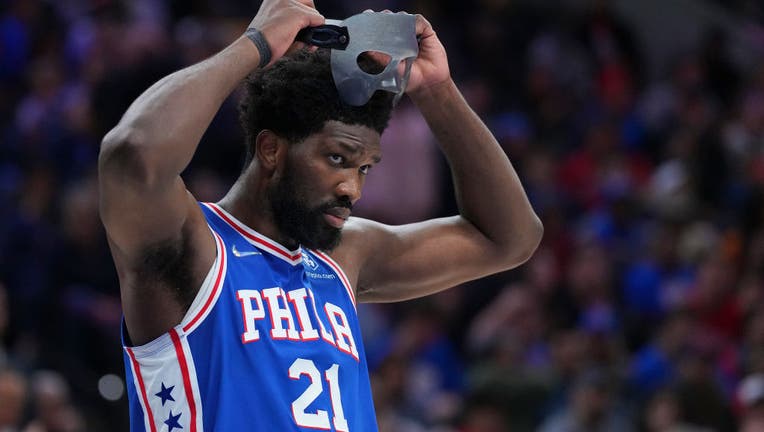 PHILADELPHIA, PA - MAY 06: Joel Embiid #21 of the Philadelphia 76ers puts on his protective face guard against the Miami Heat during Game Three of the 2022 NBA Playoffs Eastern Conference Semifinals at the Wells Fargo Center on May 6, 2022 in Philade

NEW YORK - The Philadelphia 76ers were fined $50,000 by the NBA on Saturday for violating league injury reporting rules in failing to disclose Joel Embiid’s participation status in an accurate and timely manner.

Embiid returned Friday night after missing the first two games of the Eastern Conference semifinals against Miami because of a right orbital fracture and a mild concussion. He had 18 points to help Philadelphia win 99-79 and cut it series deficit to 2-1.

Game 4 is Sunday in Philadelphia.