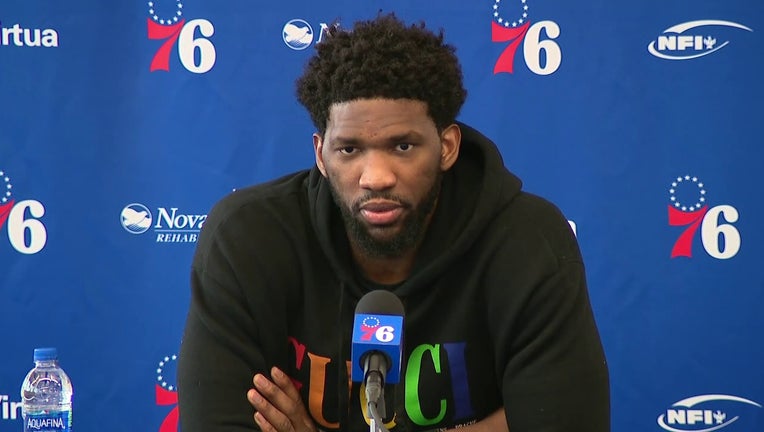 PHILADELPHIA - 76ers center Joel Embiid has been named to the NBA’s 2018-19 All-Defensive second team for the second year in a row.

Embiid is now the fifth player in franchise history to be selected to an All-Defensive team in consecutive seasons.

Embiid received 80 points, including four first-team votes and 72 second ream votes. The NBA All-Defensive Teams are selected by a global panel of 100 sportswriters and broadcasters.

The 76ers posted a defensive rating of 103.3 with Embiid on the court this season versus 109.1 with him off. The -5.8 differential was the largest in the league among qualifying players who saw at least 2,000 minutes of action.

The 25-year-old also had a real defensive plus-minus of 3.71, which was the sixth-best in the league and ranked second among Eastern Conference players.

The players voted to the All-Defensive First Team are below: