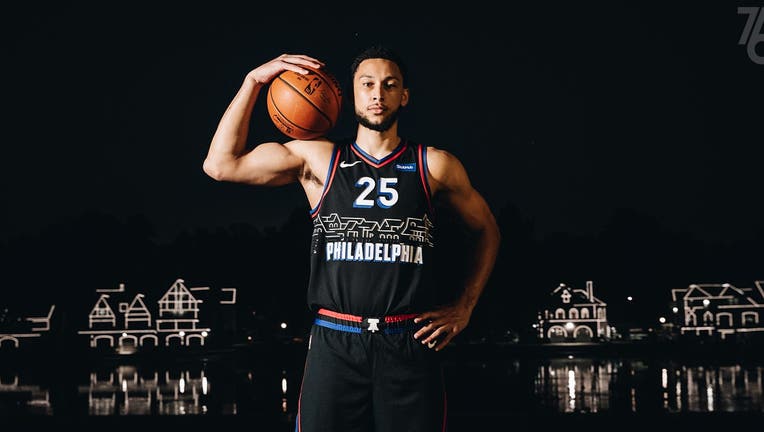 PHILADELPHIA - The Philadelphia 76ers have released their latest City Edition uniforms ahead of the start of the 2020-21 season next month.

While recent City Edition uniforms have drawn inspiration from the Liberty Bell and Philadelphia's history, this year's includes another Philadelphia staple – Boathouse Row.

"With black as the uniform’s primary color, the design is inspired by the one-of-a-kind Philadelphia view Boathouse Row provides at night. In the wake of the country’s bicentennial, each boathouse was lined with lights in the late 1970s, which reflect each evening on the river, creating the visual mimicked on the uniform," read a press release from the team.

The team had teased Tuesday's release with images of a new City Edition logo, a "76" in the middle of red and blue lines on a black background.

Fans have long been calling for the team to bring back a black alternate jersey, reminiscent of the ones worn by the team during their 2001 NBA Finals appearance.

Allen Iverson, who led the team on that run in 2001, gave his approval of the new uniforms, even posing for some photos to tease the reveal.

All-Star Ben Simmons collaborated with the team in designing the new uniforms, saying he always associated the franchise with those iconic uniforms at the peak of the Iverson era.

“Growing up in Australia, I always associated the 76ers with the black uniform that Allen Iverson wore in the early 2000s. I’m a lover of both fashion and basketball, so to combine the two and be part of the design process for the first black 76ers uniform in over a decade was amazing,” Simmons said. “I’m grateful the team included me from the jump and can’t wait to wear this jersey next season.” 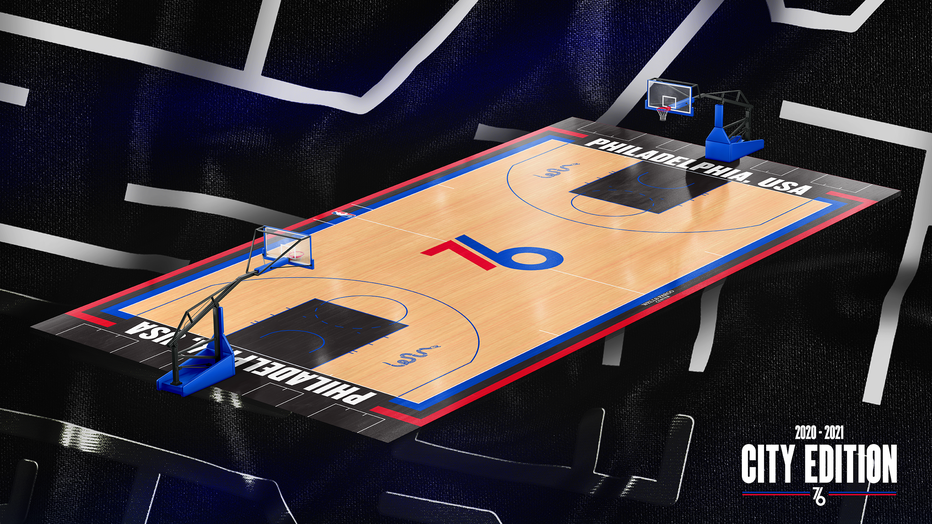 The team also released photos of what the City Edition-themed court would look like.

The new uniforms will be available for purchase on Thursday, Dec. 3.