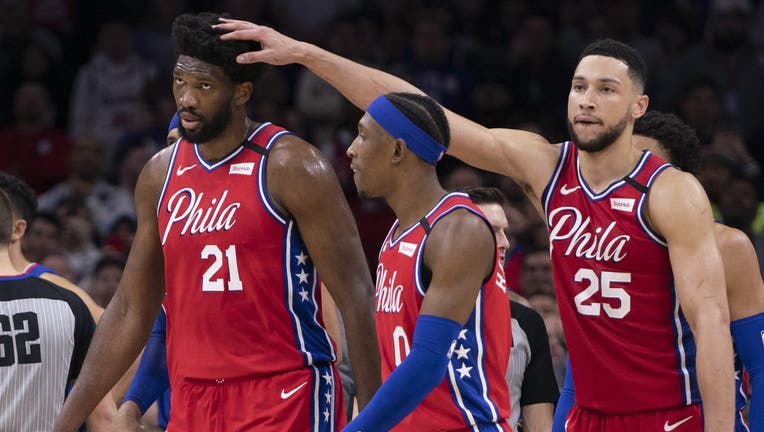 Elton Brand spoke to the media Thursday, where he did his best to dispel rumors that the team could be moving on from one of their young stars, Ben Simmons and Joel Embiid.

"I'm not looking to trade Ben or Joel. I'm looking to complement them better," said of the All-Stars. "They're 24 and 26 years old, respectively. You try to make that fit as long as you can."

Since first taking the court together at the start of the season in 2017, the team has recorded two 50-win seasons, and a 43-win season during the shortened 2019-2020 regular season.

The team has made the playoffs in each of those seasons, losing in the Eastern Conference Semi-Finals twice, before they were swept by Boston in the first round this postseason.

With the two stars under contract for the foreseeable future, the team will look to spend their offseason rebuilding their supporting cast, which will include a new head coach for the first time in each of their careers.

Following Brown's dismissal, ESPN's Adrian Wojnarowski reported the franchise was expected to retain Brand in a role where he continues to oversee basketball operations. However, the personnel and structure of the front office will be "undergoing significant evaluation and change is looming," according to the report.