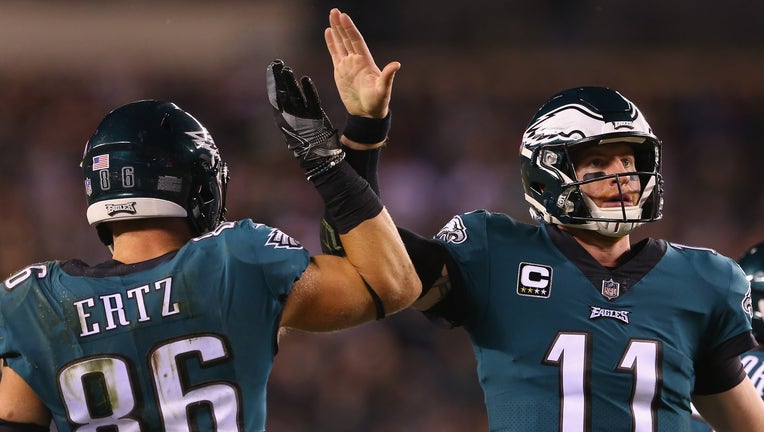 PHILADELPHIA - It was never a secret the Carson Wentz contract extension with the Eagles would get done.

Executive Vice President of Football Operations Howie Roseman all but guaranteed the deal at the NFL Owners’ Meetings. The biggest question was just a matter of when it would get done.

Monday, Roseman went on to explain why the deal went down during this offseason.

Wentz says he just knew he wanted to call Philly home. From the outside, you can imagine the pressure for Wentz as he goes into his mega-deal trying to prove he can be durable on the field.

However, the quarterback says he doesn’t feel any of that pressure.

As the Eagles welcomed in Carson on his new deal, they said goodbye to Joe Douglas. The former vice president of player personnel is now the New York Jets new general manager.

Roseman talked about how bittersweet the move is for a good friend.

“It’s like losing a good player, you know? I’m happy for him that he got the opportunity. But, why does everyone have to take our talent,” Roseman said with a smile. “But I’m happy for him. We had so many conversations about this.”

Howie is keeping Carson, losing Joe, and now apparently getting Malcolm Jenkins back. The veteran safety will reportedly be a mandatory veteran mini-camp Tuesday.