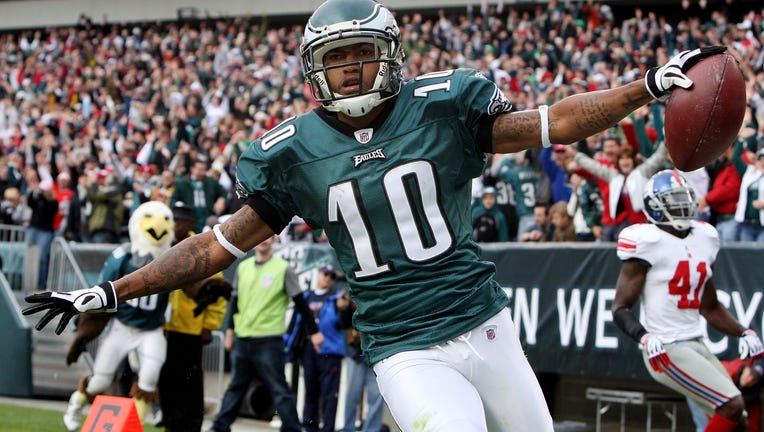 PHILADELPHIA - An already battered receiving core for the Philadelphia Eagles was handed another blow Tuesday.

According to reports, wide receiver DeSean Jackson is expected to miss two weeks with an abdominal strain.

The Eagles will play the Lions in Philadelphia Sunday afternoon, then travel to Lambeau Field to take on the Packers Thursday. The quick turnaround figures to make it harder for Jackson only miss only one game.