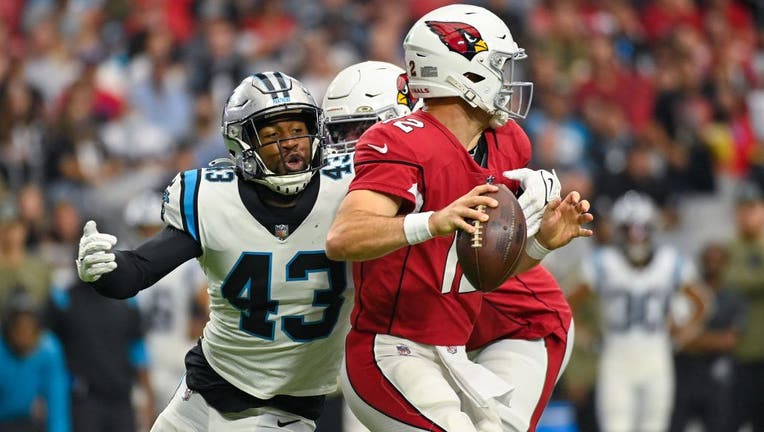 Colt McCoy #12 of the Arizona Cardinals is tackled by Haason Reddick #43 of the Carolina Panthers during the first quarter at State Farm Stadium on November 14, 2021 in Glendale, Arizona. The Panthers defeated the Cardinals 34-10. (Photo by Kelsey Gr

NFL Network’s Mike Garafolo reports that Reddick and the Eagles have agreed to three-year deal worth $45 million.

Reddick, a pass rusher, was a first round pick out of Temple University in the 2017 NFL Draft. He spent his first four seasons in Arizona before reuniting with former Temple coach Matt Rhule as a member of the Carolina Panthers in 2021.

After a slow start to his career, Reddick has burst onto the scene over the past two seasons, totaling 23.5 sacks and 27 tackles for loss in that span.

He's played 16 games all five seasons of his career.