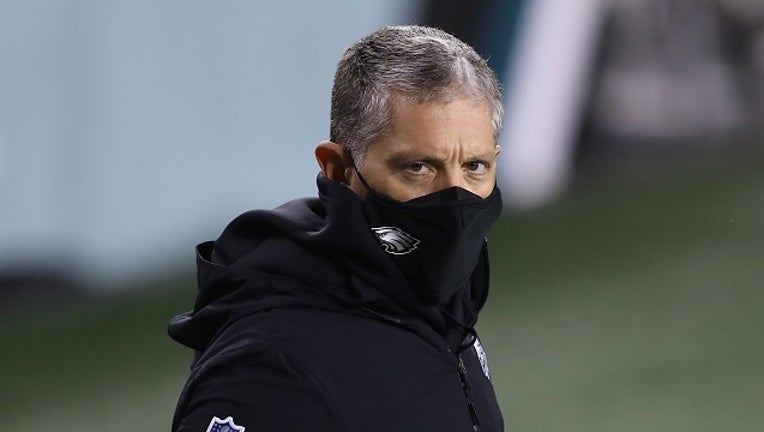 PHILADELPHIA - Eagles defensive coordinator Jim Schwartz announced Thursday that he is stepping away from coaching duties.

Schwartz said in a statement, "I would like to express my gratitude to Jeffrey Lurie, Coach Pederson, and Howie Roseman, as well as the entire football staff and the many coaches and players I had the honor of working with. This has been an incredible five-year run and I relished every moment of it. I feel especially indebted to guys like Fletcher (Cox), BG (Brandon Graham), Rodney (McLeod), and Jalen (Mills), who I had the privilege of coaching all five seasons, as well as Nate (Gerry), DB (Derek Barnett), Vinny (Curry), and many others who I celebrated a Super Bowl Championship with," Schwartz said Thursday in a statement.

He added, "I enjoyed working for this organization and coaching in the City of Philadelphia. I have given my heart and soul to the game of football, not just over the last five years here, but throughout my 32 years as a coach. Although my passion for the game remains strong, it is best for me to step back from the day-to-day of coaching for the time being. I have too much respect for the game and for everybody involved to compromise the level of commitment that I believe is necessary to do the job. I don't know what my future holds, but I am willing to do anything I can to help this organization in any way. Thank you again to the City of Philadelphia and to the Eagles for an incredible five years. My family and I will never forget our time here."

Schwartz was hired by the Eagles as the defensive coordinator in the 2016 offseason.

Philadelphia became the first NFC East team eliminated from postseason contention after a 37-17 loss to the Dallas Cowboys. The team is expected to undergo changes during the offseason.