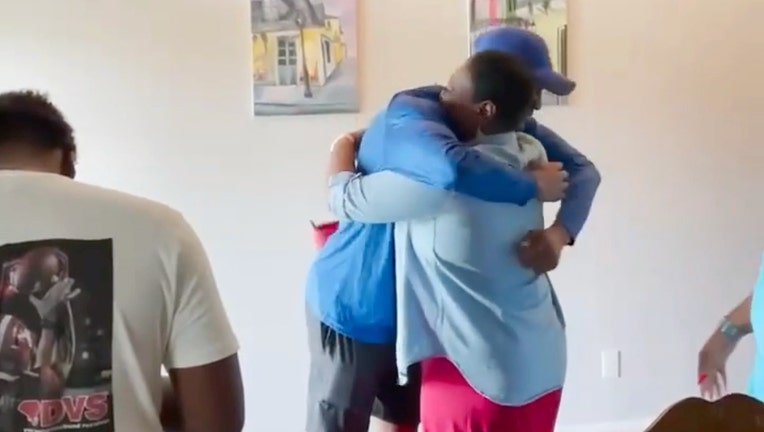 The Heisman Trophy winner shared a video of the apparent surprise on social media.

The video shows Smith's mother, Christine Smith-Sylve, breaking down in tears upon entering the home, before embracing her son.

"To the world you are a mother, but to me you are the absolute world," Smith wrote in the caption.

Smith, 22, grew up in Amite City, Louisiana before heading to Tuscaloosa, Alabama to play college football.

Smith recently signed a four-year, $20.1 million contract with the Eagles after they traded up to take him with the 10th pick in the NFL Draft.