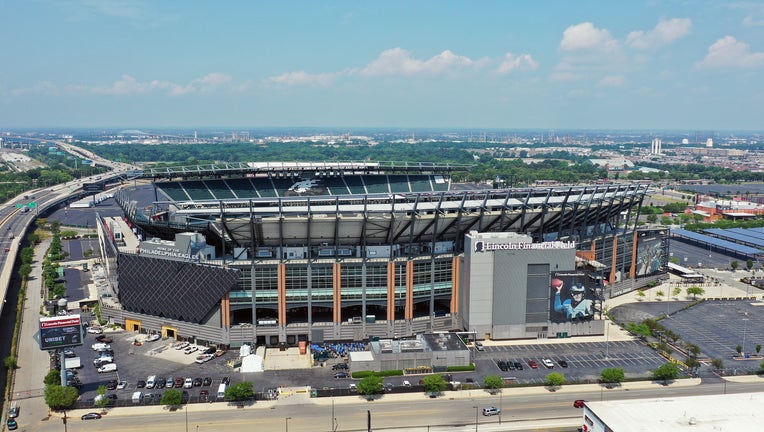 PHILADELPHIA, PA - JULY 06: In an aerial view from a drone, this is a general view of the Lincoln Financial Field on July 6, 2020 in Philadelphia, Pennsylvania. (Photo by Bruce Bennett/Getty Images) (Getty Images)

PHILADELPHIA - Don't get your hopes up about watching the Birds play live at the Linc this season.

"The Commonwealth of Pennsylvania and the City of Philadelphia confirmed on Thursday that hosting fans at Lincoln Financial Field will not be permitted until further notice," the Eagles announced Thursday afternoon in a news release.

Dr. Thomas Farley, Philly's health commissioner, said earlier this month he was doubtful the city would be in a place to allow for fans to attend the home-opener, slated for Sept. 20.

And Mayor Jim Kenney had already stated that he would adhere to the health recommendation when deciding on sporting events and fans.

"Eagles fans are incredible," President Don Smolenski told a team podcast, according to a news release. "They fill the stadium and the support they provide, the energy, the passion, we know how much our players feed off of that. We know how much as an organization we feed off of that. While we know that in the start of the season that those seats may be empty, we know that they'll be with us in spirit, just as they are all across the country and all across the globe for every Eagles game. They'll be cheering us on and we're going to feed off their energy. We're just going to have to do that a little bit differently, just like we're doing everything a little bit differently here in 2020."