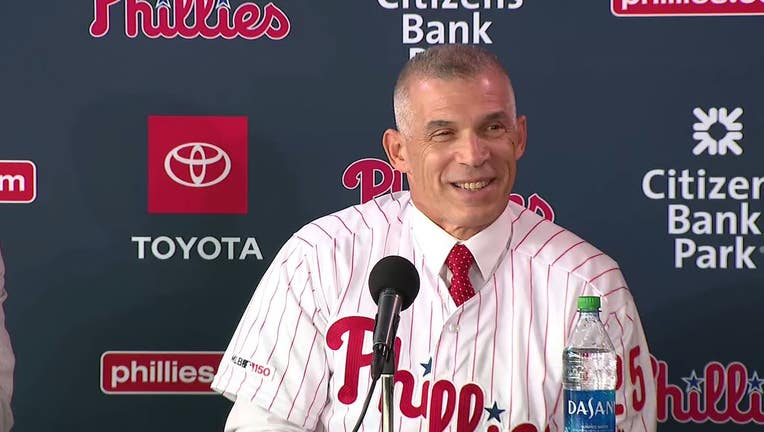 “I think you're going to have a 1 and a 1A with him and Nola," the first-year Philadelphia Phillies manager said Monday after Wheeler's $118 million, five-year contract was announced.

“When you look at what he's done the last few years and really throughout his career, he's continued to get better and better," Girardi said. “This is a power guy with four pitches where I think he's just starting to reach his potential. I think there is more in the tank there. I think this guy can be more dominant than he's been, and we're looking forward to seeing the top of our rotation."

Mets general manager Brodie Van Wagenen said New York dropped out of the running for Wheeler about a week ago.

“Both sides had expressed interest in potentially finding a way to have a reunion,” Van Wagenen said. “But I think over the course of the last six weeks, it started to become more clear that the price point was going to go beyond how we valued him.”

Philadelphia spent big money last season on free-agent outfielders Bryce Harper and Andrew McCutchen and acquired catcher J.T. Realmuto and shortstop Jean Segura in trades. The Phillies didn't address starting pitching, and the staff's struggles cost them in the second half as they faded to an 81-81 finish. Manager Gabe Kapler was fired and replaced by Girardi.

“There are areas that we're trying to address: the infield, bullpen," Girardi said. “When you add a starter you have the ability to take one of the starters that you had and make him a bullpen piece.

Because Wheeler turned down the Mets' $17.8 million qualifying offer, Philadelphia forfeits its second-highest draft pick next June, which had been No. 53 overall, and $500,000 of international signing bonus allocation for 2020-21. The Mets gain an extra pick ahead of the third round, currently No. 74 overall.