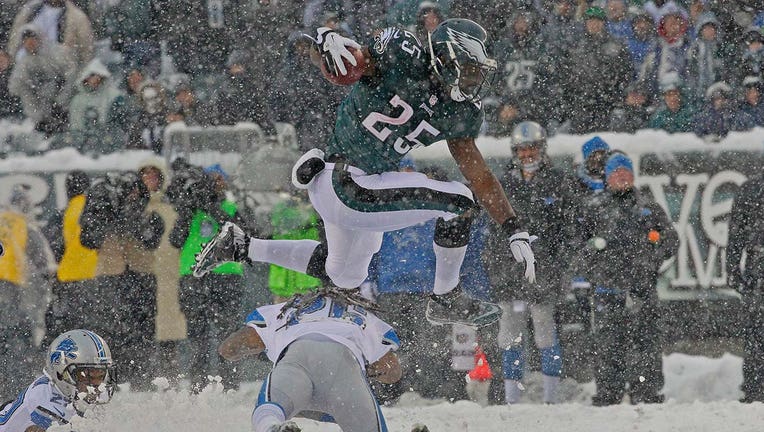 PHILADELPHIA - DECEMBER 8: LeSean McCoy #25 of the Philadelphia Eagles hurdles Louis Delmas #26 of the Detroit Lions on his way to scoring a touchdown during a game on December 8, 2013 at Lincoln Financial Field in Philadelphia, Pennsylvania. The Eag

PHILADELPHIA - After 12 years in the NFL, former Eagles running back LeSean McCoy will be hanging up his cleats on Friday, according to the Eagles.

The 33-year-old Pennsylvania native, known as ‘Shady,’ announced the decision Thursday, after signing a one-day contract with the Eagles.

McCoy will go down as the team’s all-time leading rusher with nearly 6,800 yards on the ground in midnight green. McCoy was with the team from 2009-2014, when he was traded to the Buffalo Bills.

He spent the next four seasons in Buffalo, before spending the next two seasons going to back-to-back Super Bowls with the Chiefs and Buccaneers.

McCoy was originally selected by the Eagles with the 53rd pick in the 2009 NFL Draft out of the University of Pittsburgh.

You can read more about LeSean's career and his decision on the team's website.