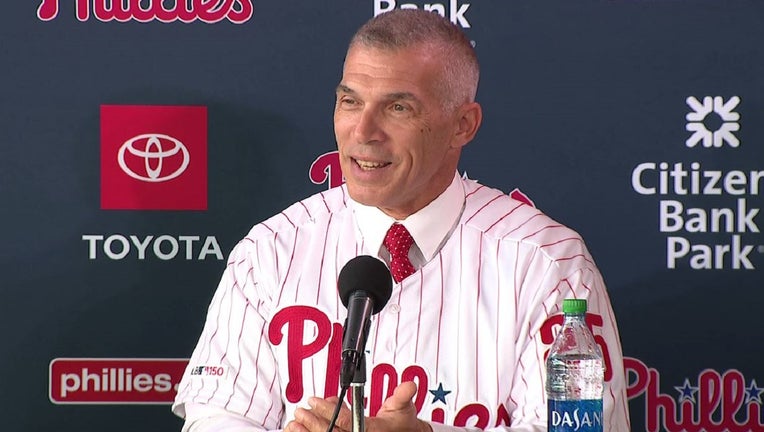 PHILADELPHIA - The Philadelphia Phillies turned to a proven winner to lead them back to the postseason for the first time in nine years.

Joe Girardi’s track record and personality made him an instant hit among fans but the biggest question entering spring training is whether the new manager has enough talent on the roster to win in a tough division.

After failing to live up to high expectations last year following the arrival of Bryce Harper, J.T. Realmuto and other high-profile players, the Phillies fired Gabe Kapler and brought in Girardi.

They also signed right-hander Zack Wheeler and shortstop Didi Gregorius in free agency but didn’t make any other significant moves. Girardi, Wheeler and Gregorius could be enough to help the team improve on its 81-81 fourth-place finish in 2019.

However, they enter spring training trying to catch up to the defending World Series champion Nationals, the Braves and the Mets.

Girardi replaces Kapler, who was 161-163 in two seasons. He arrives with a winning pedigree, having led leading the Yankees to three AL East titles, six postseason appearances and a World Series championship. Wheeler got a $118 million, five-year contract after going 11-8 with a 3.96 ERA last season with the Mets. He joins Aaron Nola to form a formidable 1-2 punch in the starting rotation. Gregorius signed a one-year, $14 million deal after a down season with the Yankees. The Phillies are counting on him being the guy who averaged 24 homers, 81 RBIs and batted .277 between 2016-18. Former Reds manager Bryan Price joins Girardi’s staff and is tasked with trying to get several inconsistent pitchers to reach their potential.

Third baseman Alec Bohm and right-hander Spencer Howard are the team’s top prospects and both will likely start the season in Triple-A but it may not take look for them to reach the majors.

The middle of the lineup with Harper, Realmuto, Gregorius and Rhys Hoskins could be very productive, especially with leadoff hitter Andrew McCutchen returning after an injury ended his season last June. Scott Kingery and Jean Segura give the order depth.

Wheeler and Gregorius were solid additions but Girardi is the team’s biggest offseason acquisition because he has an impressive resume and already won over a tough fan base that never accepted Kapler. It’ll be interesting to see how Girardi sets up his lineup. Harper is a huge draw and starts his first full spring training with the Phillies after signing a $330 million, 13-year contract last March. Bohm and Howard should be exciting to track throughout the spring. The Phillies open the season in Miami on March 26.