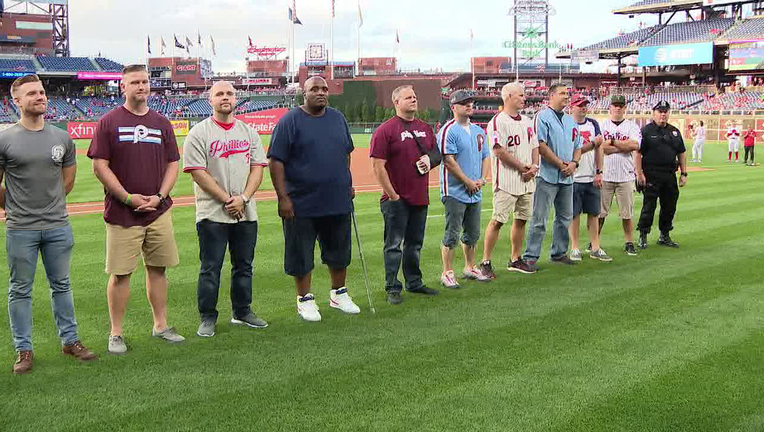 The Phillies honored the Philadelphia police and SWAT officers who responded to a North Philadelphia standoff earlier this month.

Last week, the officers were honored during the Eagles-Ravens game.