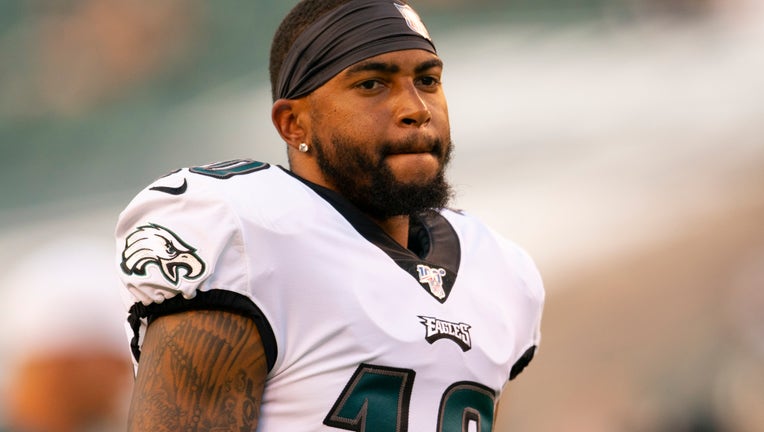 PHILADELPHIA, PA - AUGUST 22: DeSean Jackson #10 of the Philadelphia Eagles looks on prior to the preseason game against the Baltimore Ravens at Lincoln Financial Field on August 22, 2019 in Philadelphia, Pennsylvania. (Photo by Mitchell Leff/Getty I

PHILADELPHIA - Philadelphia Eagles wide receiver DeSean Jackson has been ruled out for Sunday's game against the Dallas Cowboys at AT&T Stadium, according to ESPN's Adam Schefter.

Jackson has been dealing with an abdominal strain which has held him out since the middle of September. Philadelphia has gone 2-2 in Jackson's absence, including a gut-punch loss to the Detroit Lions at home.

The Eagles have had to rely heavily on wideouts like Nelson Agholor,J.J. Arcega-Whiteside and Mack Hollins.