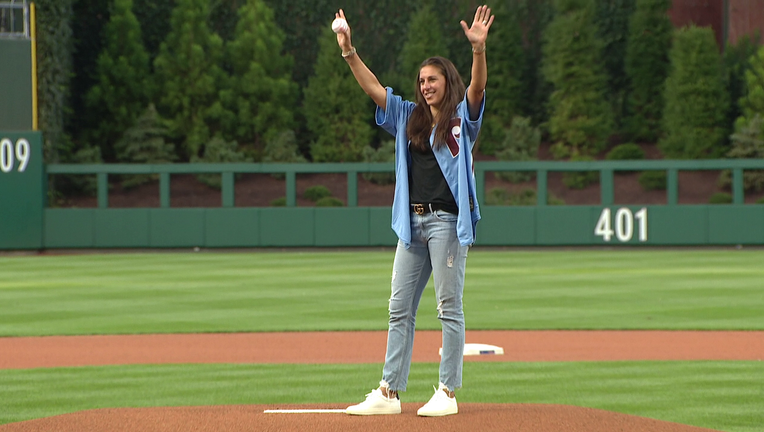 PHILADELPHIA - World Cup champion Carli Lloyd has been offered a chance to kick for at least two NFL teams.

For Carli Lloyd anything is possible, the Olympic gold medalist and World Cup champion was honored Tuesday night by the Phillies by throwing out the ceremonial first pitch, but it's her recent work on the football field that has not only fans but the NFL taking notice.

“I was just having some fun with it and the next thing you know it’s gone completely viral and it’s still going," Lloyd told FOX 29'S Chris O'Connell.

The Eagles posted the video of Lloyd nailing the 55-yard field goal while visiting a recent practice session. Since then, the video went viral and she’s already been contacted by at least two NFL teams to tryout this week. She’s not saying which ones, but she says, she could and would compete.

“With anything that I do. I like to be all in and I like to practice and make sure I’m prepared, so I’m definitely considering," Lloyd said.

Lloyd could have been in a uniform for a preseason game this Thursday night, however, she couldn’t because she already has a commitment playing with the U.S. Women's National Team (USWNT).

Young women say they’d love to see football’s glass ceiling sacked.  It's not just kid fans many of the Phillies themselves were starstruck.

“I just asked her. Am I going to see you in the NFL? She kicked a 55-yarder. I think she’s got a chance. It'll be awesome," Phillies J.T. Realmuto said.