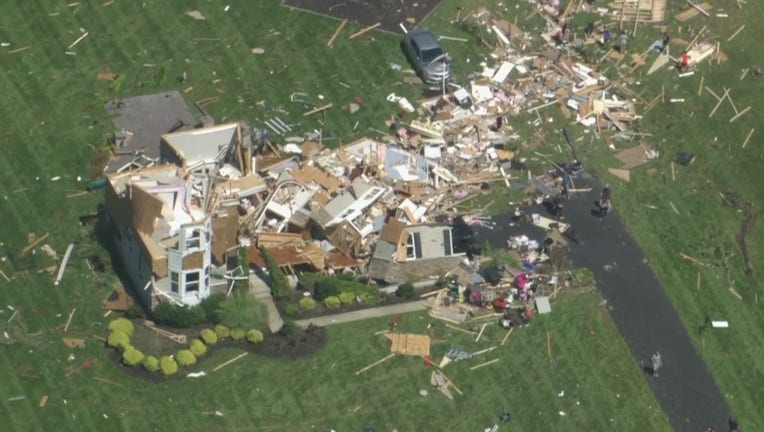 A home was reduced to a pile of rubble during the EF-3 tornado that touched down in Mullica Hill, New Jersey, on Sept. 1, 2021.

PHILADELPHIA - If those who live around the Philadelphia area feel like Mother Nature has picked on them over the past few summers, they would have a solid argument.

They could even argue they've had the stormiest weather in the nation.

Since June 1, the National Weather Service office in Mount Holly, New Jersey, which covers the Philadelphia area, has recorded 2,749 storm reports. That is the most in the entire nation over that period, and it's not even close.

The next closest is the Baltimore/Washington area, with 1,896 reports since June 1. 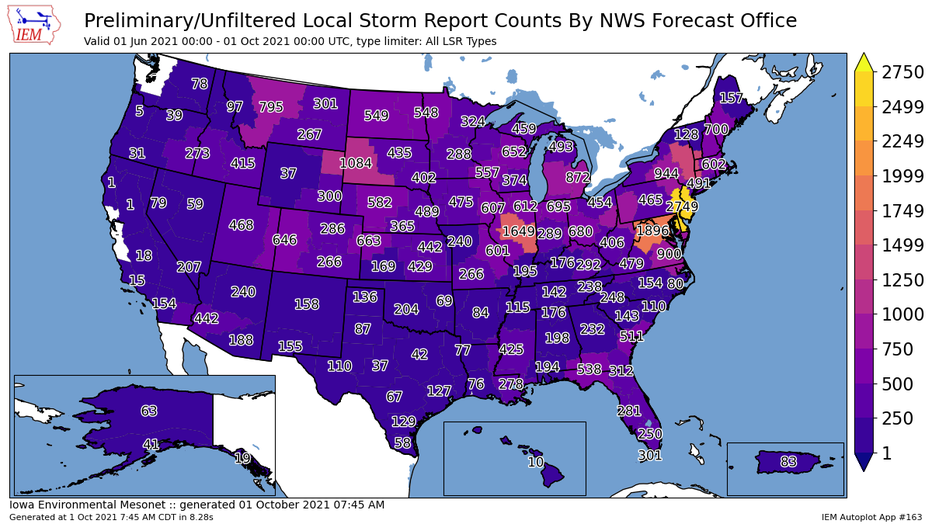 Storm reports from severe thunderstorms include winds of 58 mph or greater, hail at least 1 inch in diameter and/or tornadoes. There can also be storm reports for flooding, snow and ice (but the last two haven’t occurred in our period in question).

"There is a lot of active weather here usually, so us and D.C. are usually pretty high up on the list," said Trent Davis, a meteorologist at the NWS office in Mount Holly.

The summer of 2021 in the Philadelphia area was a rough one. Most notably, the remnants of hurricanes Elsa and Ida brought severe thunderstorms, destructive tornadoes and historic flooding to the region. In between those two storms, there was a separate tornado outbreak on July 29.

So it’s not all that surprising that more than 2,700 storm reports were recorded from June through September, given the near-constant bombardment with storms.

Last year, the Mount Holly weather service office tallied even more storm reports during those four months. From June 1 to Oct. 1, 2020, there were 2,905 storm reports in the Philadelphia area, again far surpassing every other office. 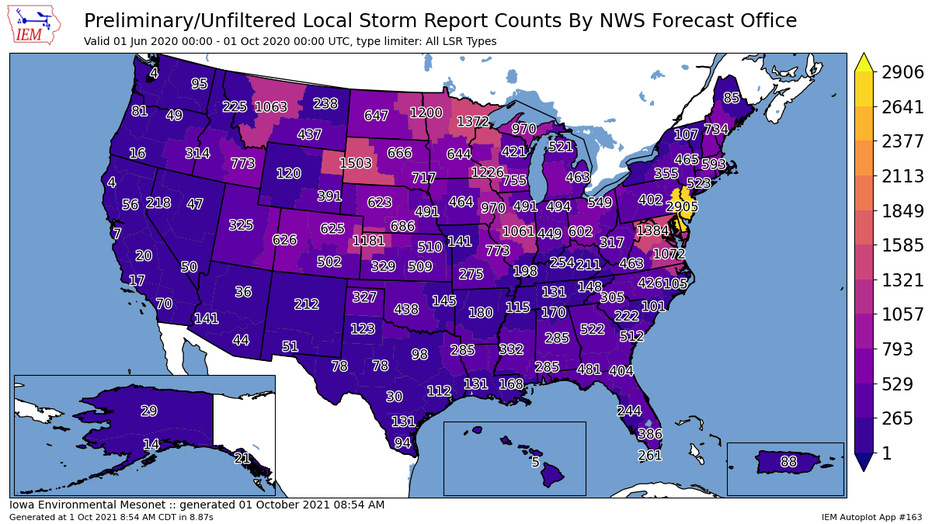 It was a similar story in 2019, when the NWS office in Mount Holly recorded more storm reports than any other office in the nation between June 1 and Oct. 1. However, the tally was much lower at only 1,596 reports, just ahead of Baltimore/Washington’s 1,396 reports. 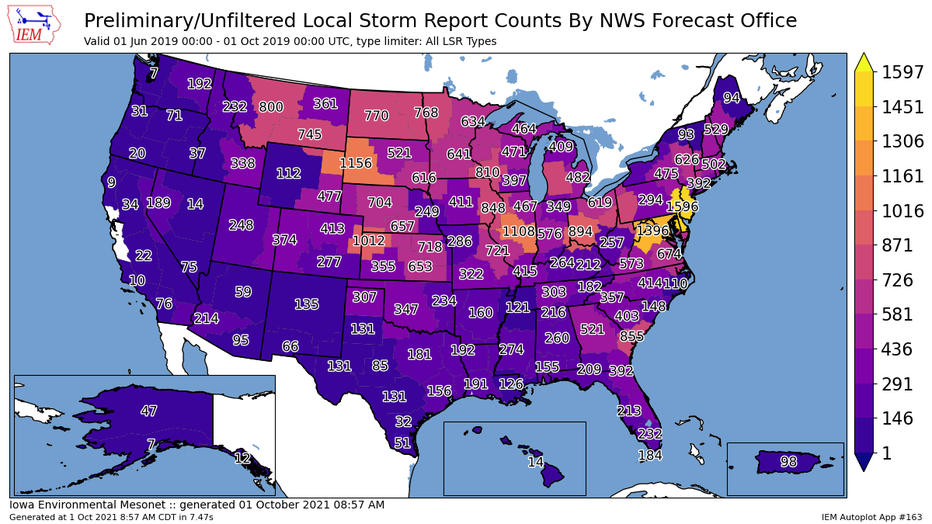 Why does this keep happening year after year? Is the weather really that active in the Philadelphia area, or are other factors at play, such as a more significant number of storm spotters available to report severe weather to the NWS in this region?

"It’s very hard to answer that. I think it’s a little bit of everything," Davis said. "I think a big component also is social media as we’ve gained a lot of followers recently, so we’re getting a lot more reports through that, plus we have a really good spotter network as well."

Davis noted that he sometimes becomes overwhelmed because of the large number of storm reports sent to the office during every severe weather event. Sometimes every workstation in the office is taken, and it still doesn’t feel like enough people are working, he said. And this is after the office added a couple of additional desks after Superstorm Sandy in 2012.

Despite this, the Mount Holly office is still shorthanded.

"We were down two people this summer, but recently, two other people have gotten jobs at other offices," David said. "There’s a lot of overtime from us here at the office because we don’t get help from anybody else."

Out West, it has been a different story. The Pacific Northwest may have had a historic heatwave in late June, but as far as severe weather goes, it has been a tranquil summer and early autumn in the Seattle area.

The NWS office in Seattle didn’t issue any severe storm spotter reports from June 1 to Oct. 1.

The same can be said for the NWS office that covers the San Francisco Bay Area in California.

Neither of those areas sees much in the way of stormy weather over the summer as consistent high pressure keeps the region dry. During the same period in 2020, Seattle only had four reports of stormy weather while San Francisco had seven.