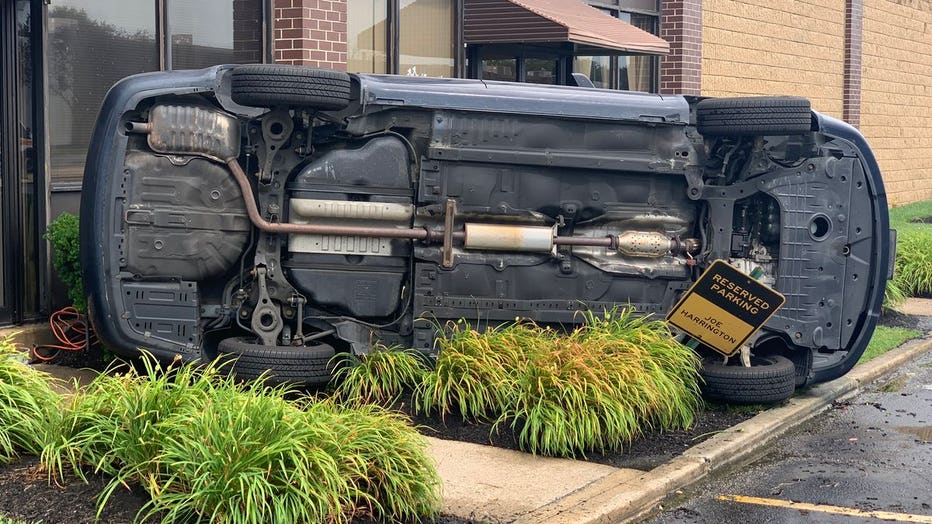 A vehicle was reportedly overturned into a business due to severe weather Saturday.

The winds averaging 70 miles per hour were enough to flip a car outside the Castle Windows business. 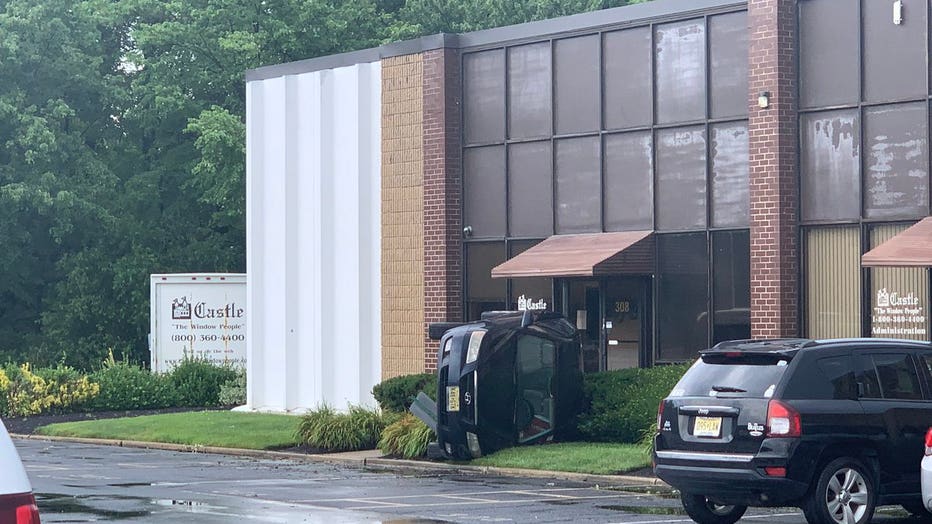 Vehicle reportedly overturned by severe weather into a business in Mount Laurel, N.J.

The Mount Laurel, New Jersey Fire Department was able to capture the tornado churning its way through that area Saturday afternoon and posted the video on their Facebook page.

Lightning and heavy rains continued to pound the Burlington County area long after the tornado, even through another tornado warning issued for the area.

And, over in Bucks County, flash flooding was the issue. 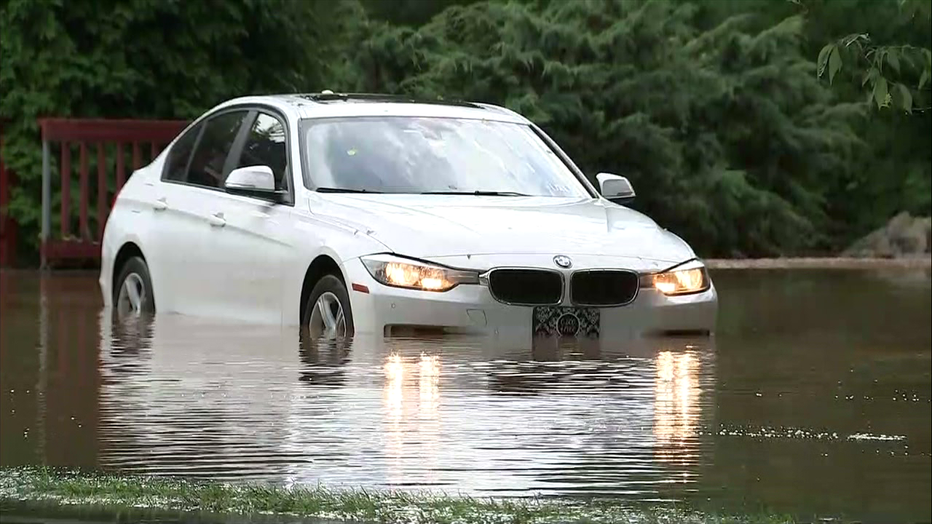 Buckingham Township is among many places with portions under water. 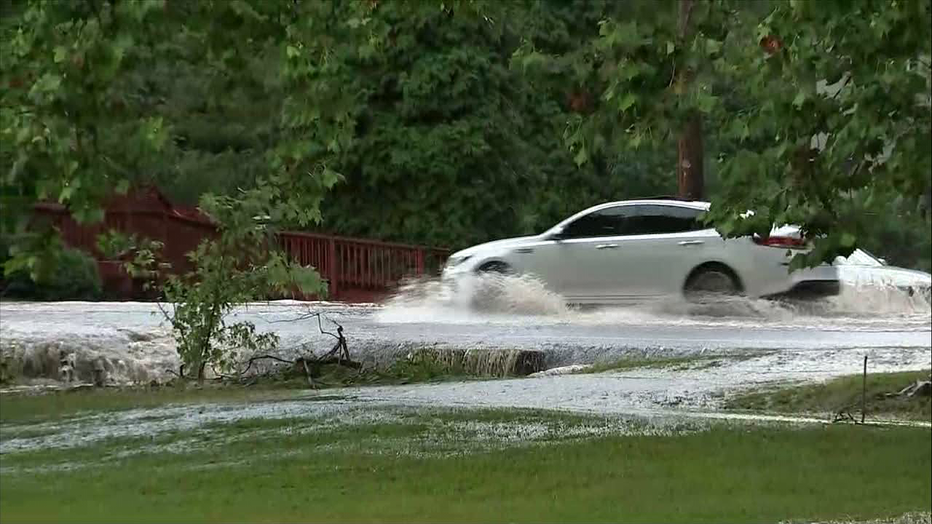 Dr. Romiszewski wades through a pop-up river after the skies dropped sheets and buckets of rainfall during severe weather Saturday.

“The road is impassable,” Romiszewski said.