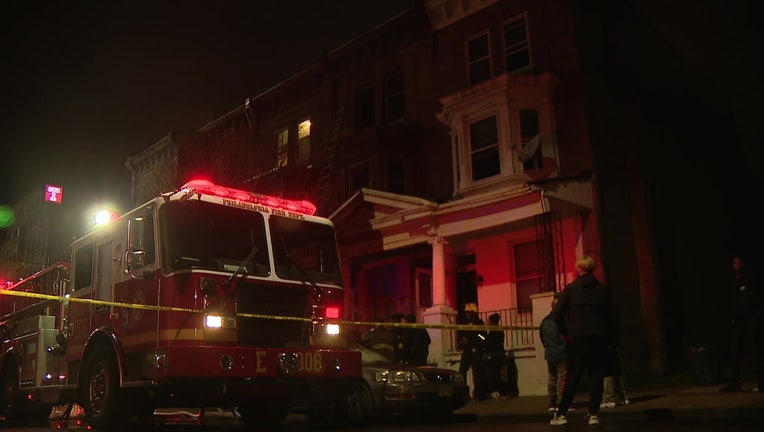 1 person is dead and another is injured following a fire at a rowhome in North Philadelphia.

NORTH PHILADELPHIA - A man is dead and an elderly woman is being treated for serious injuries following a fire at a rowhome Wednesday night in North Philadelphia.

Firefighters were called to a property on the 1200 block of Tioga Street around 9:30 p.m. and found flames on both floors of the home.

Crews were able to quickly extinguish the fire and confine the blaze to just one home, according to Philadelphia Fire Commissioner Adam Thiel said.

A 60-year-old man was found dead in a third-floor bedroom, according to a Thursday morning update. A 78-year-old woman was rescued from the home and taken to Temple Hospital in "extremely critical" condition.