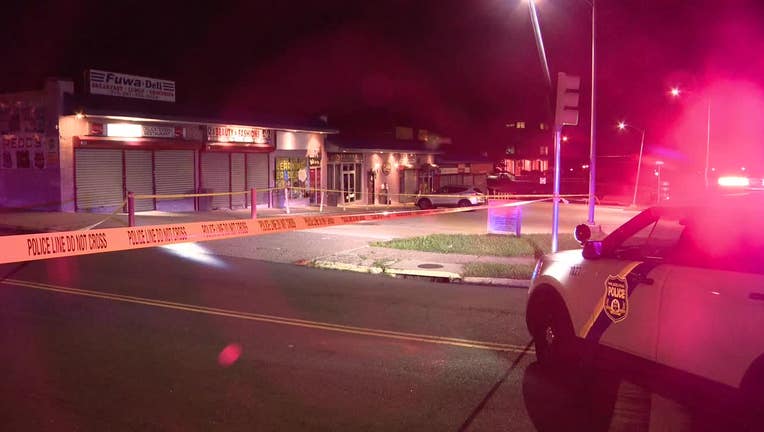 PHILADELPHIA - Police say several people were shot and one is dead following a night of widespread gun violence across Philadelphia.

The men were transported to Penn Presbyterian Hospital, but officials have not released information on their conditions.

No less than 15 minutes later, police say a 25-year-old man was shot five times in East Falls. The gunfire rang out on the 3500 block of Henry Avenue. Investigators say the man was shot once in the stomach, twice in the right leg and twice in the buttocks.

The victim was taken to Temple Hospital where he is in 'critical but stable condition.'

The violence continued in West Philadelphia where authorities say a 30-year-old man was fatally shot outside a nightclub on Ford Road. Detective say at least he was struck in the chest and shoulder by an unknown suspect just after 1:30. Information on the victim has not been released.

In North Philadelphia, two victims were shot around the area of 24th and Ridge Streets just before 5 a.m. Police say a 28-year-old man and a 31-year-old man were shot in the left leg. Both men were taken to Temple Hospital and listed in stable condition. Authorities did not apprehend a shooter.