The collision happened on the 1000 block of Clifton Avenue just before 2 a.m.

Fire officials are not sure what caused the crash, but say an SUV driven by a woman first hit a telephone pole then slammed into the brick building.

A family was reportedly sleeping on the backside of the first floor and another family on the second floor. 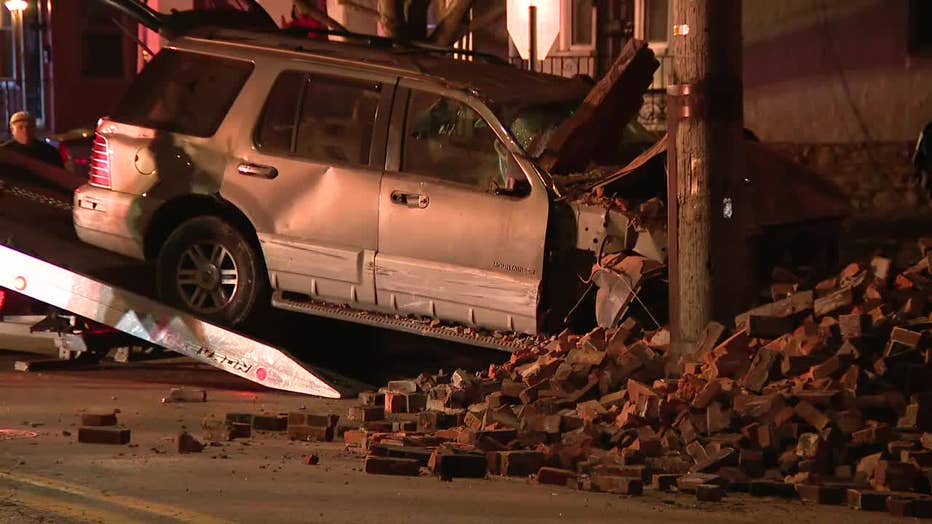 Crews on scene report the woman was awake and aware when emergency responders arrived.

"She was up, it wasn't like the car was smoking or on fire, she was fine," a neighbor who helped the woman told FOX 29. 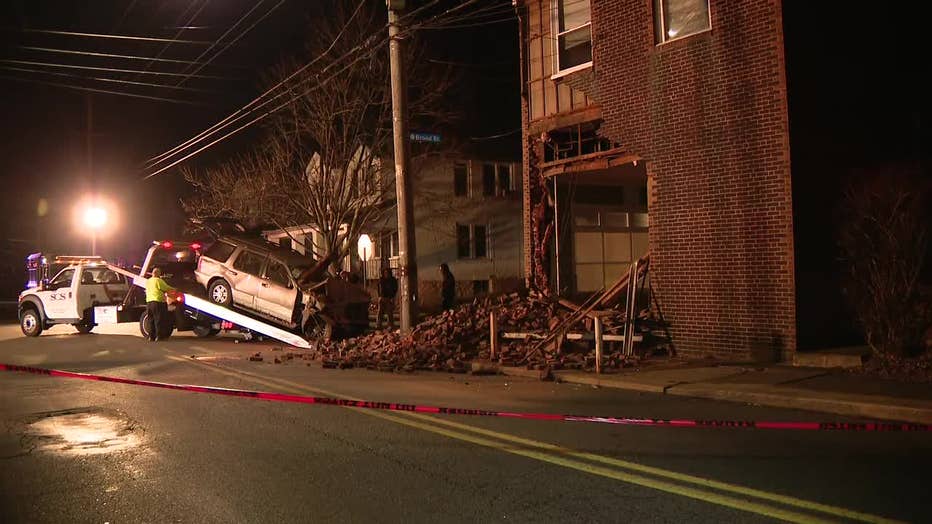 Authorities say the woman was able to crawl out of the back of the brick-covered car and walk to the ambulance. No one in the house was injured.

Clifton Avenue is closed as crews work to clean up and make repairs.