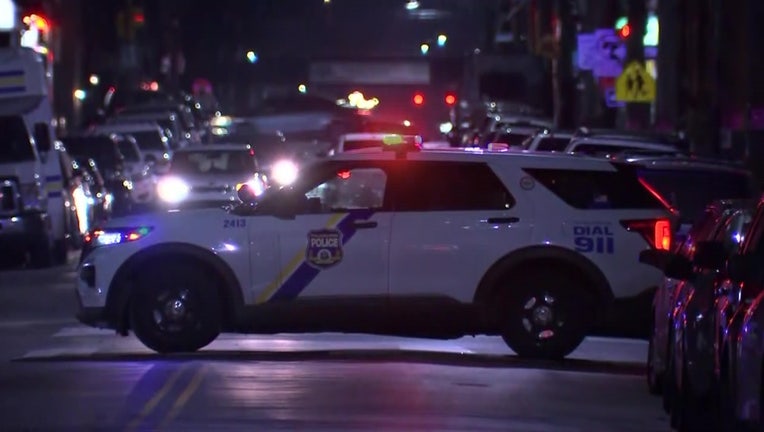 PHILADELPHIA - One man is dead and at least six others are injured as gun violence continued to rage in Philadelphia overnight Thursday.

Investigators say a 40-year-old man was shot in the head on 1800 block of East Tioga Street in Kensington just after 9:30 p.m. Thursday.

Officers from the Philadelphia Police Department drove the unnamed victim to Temple University Hospital where he died.

No arrests were reported immediately following the deadly shooting and police did not provide a possible motive for the murder.

Around the same time, 19th district officers in West Philadelphia were called to a couple's home after a man was struck in the back by a stray bullet.

Philadelphia Police Chief Inspector Scott Small told reporters that the 40-year-old man and his girlfriend were watching television inside their home on North 62nd Street when a bullet struck the victim in the back.

Philadelphia Police Chief Inspector Scott Small told reporters that a 40-year-old man was watching TV with his girlfriend when he was hit in the back by a suspected stray bullet. The man was taken to Penn Presbyterian Hospital in critical condition.

He was taken by police to Penn Presbyterian Hospital where he was placed in critical condition, police said.

Authorities were unable to make an arrest, but Small said over 10 spent shell casings were found on the street near the couple's home.

As Thursday turned to Friday, police in Kensington were dispatched to two different shootings that happened about 15 minutes apart.

Both victims were taken to Temple University Hospital and placed in critical condition, according to police.

The Philadelphia Police Department investigated three more early morning shootings, including an armed robbery in North Philadelphia that left a woman shot twice in the leg and a shooting in Mayfair that critically injured a 64-year-old man.

No arrests were reported in any of the overnight shootings, according to police.

With just days left of 2021, the city has already suffered its bloodiest year to date with 547 homicides, according to the latest data from the Philadelphia Police Department.