FOX 29's Hank Flynn has more on an alleged assault on a Muslim student at North Penn High School.

LANSDALE, Pa. - A Muslim high school student says she was jumped during Ramadan in Montgomery County. The girl tells FOX 29 the hijab was ripped off her head by two other female students yet she was suspended.

"I don't understand why it happened. I don't think anyone does," 16-year-old Sanaa Beaufort said.

She fought back tears as she recounted last week's altercation in her school cafeteria that went viral after the video was posted on Instagram.

"For it to happen, not only to me, but in front of everyone on purpose. It just doesn't feel right and I’m not okay," Beaufort explained.

She adds the fight, in which she says her hijab was ripped from her head, came after some very hateful words were allegedly hurled at her by two white female students.

"I have to watch my back. I don't want to be a target,’ Beaufort explained.

Her mother and father were shaken by the incident and are demanding more be done. They’re meeting with school officials. 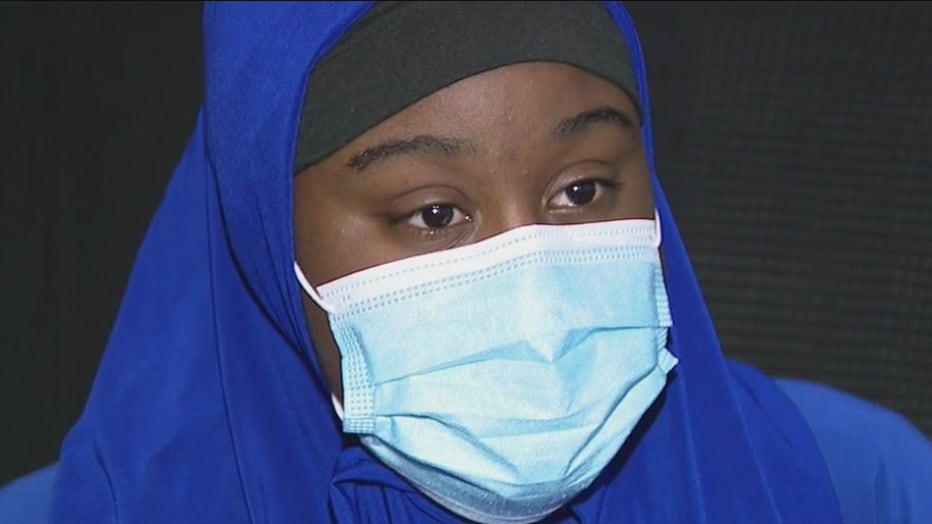 "I wouldn't wish this on my worst enemy never. These young ladies violated my baby," her mother Atiba Wilkins said.

"My daughter was given a 10-day suspension so no at this point we don't like the way it's being handled," her father James Wilkins said.

Shaykh Anwar Muhammad is the head of the NAACP’s Ambler branch and he believes this was a hate crime.

"To have a Black Muslim attacked and her hijab pulled off and racial slurs and Islamophobic slurs hurled at her is absolutely incredible," he said.

School district officials issued a statement Thursday that it is still investigating and can't comment on specifics of the investigation. They are speaking with all parties involved and apologized, saying they could have done a better job in helping Beaufort retrieve her hijab.

"If they don't understand that pulling off my hijab is wrong, then so many other things they're doing in their lives is not right," Beaufort said.