FOX 29's Steve Keeley has more on a triple shooting in Southwest Philadelphia that killed a man and critically injured a 6-year-old boy.

According to police, a 30-year-old man shot in the shoulder was found at 53rd and Baltimore Wednesday around 7:30 p.m. Police took him to the hospital. He's listed in critical but stable condition.

"Just two blocks away, they found two additional victims, a 28-year-old male was in the driver's seat of a Ford Taurus that crashed into some parked cars," Philadelphia Chief Inspector Scott Small said.

Police say 28-year-old the man had been shot at least two times in the chest and torso. He later died at the hospital. 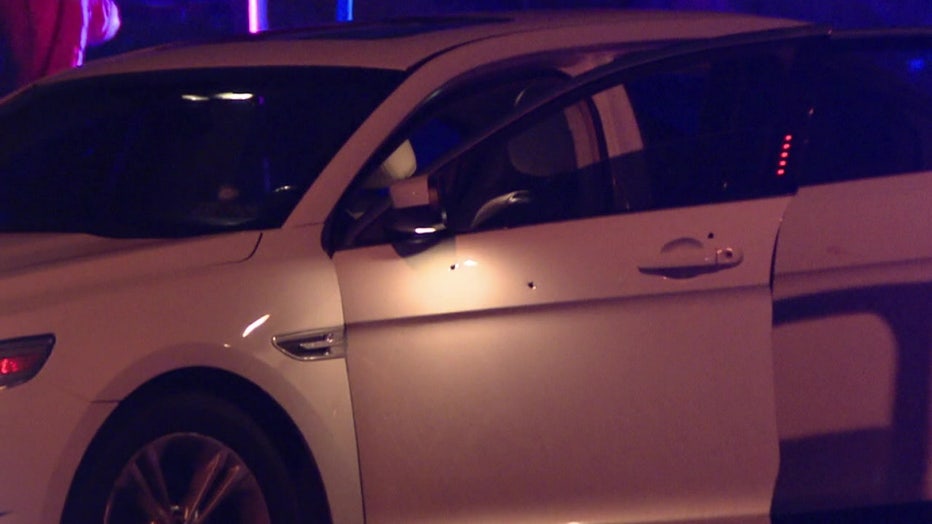 A 6-year-old boy was critically wounded in a triple shooting Wednesday night in southwest Philadelphia.

The 6-year-old boy is believed to be the man's son. The child underwent surgery Wednesday night.

Police believe the two were shot while parked near 53rd and Angora Terrace where they found 12 spent shell casings from a semi-automatic weapon. The car had been fired at least six times.

Witnesses believe all three victims initially were in the same car.

"We're getting information that the 30-year-old got out of the vehicle after being shot, went to 53rd and Baltimore where we found that victim," Small added.

Police say a 6-year-old was critically wounded and a man believed to be his father was killed following a triple shooting in Southwest Philadelphia.

Philadelphia Police Commissioner Danielle Outlaw said this sickens her and she is tired of seeing it in the community.

Police believe the suspect or suspects got away in a white car possibly a KIA with heavy tint on the windows.